Surprise Surprise, Special Council Durham has seen an acquittal of an obviously guilty Michael Sussman for lying to the FBI.

The swamp protects itself.

In what would have been a minor scalp for a minor offence, it would at least have sent a message to the likes of Hillary Clinton, her campaign team and any candidates that follow, to run try and run legal campaigns.

The Trump/Russia collusion accusation is now accepted (by most) as an elaborate hoax by the Hilary Clinton campaign team.

The FBI called the White paper on Trump Russia collusion that Sussman presented as, “the most fantastical research that anyone could imagine, it looked like it was drafted by someone in a mental institution”

That didn’t stop them getting to work making it appear real.

The origin of the hoax was brought to the FBI by Sussman, where the FBI and the Lawyer played a game of “I know nothing or no one” by getting Sussman to confirm he was a concerned citizen and not working for the Hilary campaign, even though he then charged the Hilary campaign for the time at this meeting.

The investigation and years of false info regarding Trump dealing with Russia through a server in his office ensued.

The court case proved he lied, proved he wasn’t a concerned citizen with info on Russia collusion. But was in fact working for the Killery Campaign. But nothing to see here was the verdict by the DC jury.

Durham is not investigating to find the Truth, he is simply sweeping everything under the carpet and throwing some insignificant scalps into the courts to give the illusion of a thorough investigation.

No prize for guessing who’s side the deep state is on.

Compare the treatment of Trump’s team versus Clinton’s. Trump team members ended up in prison on procedural crimes, Clinton’s get acquitted or community service.

We have an FBI lawyer Kevin Clinesmith, who doctored evidence to make the evidence say the exact opposite of what it really said in order to apply to the courts to spy on Carter Page.

Carter Page spent a night behind bars for a trump up charge. Clinesmith pleaded guilty to fabricating evidence and got 400 hours of community service.

Sussman lied to the FBI and gets acquitted, General Flynn tells the FBI he can’t remember something and gets 6 months jail time.

What’s more the charges that lead t a trump campaign members doing time were all based on the now defunct collusion claim.

But it’s okay the election was the most secure and honest election ever. 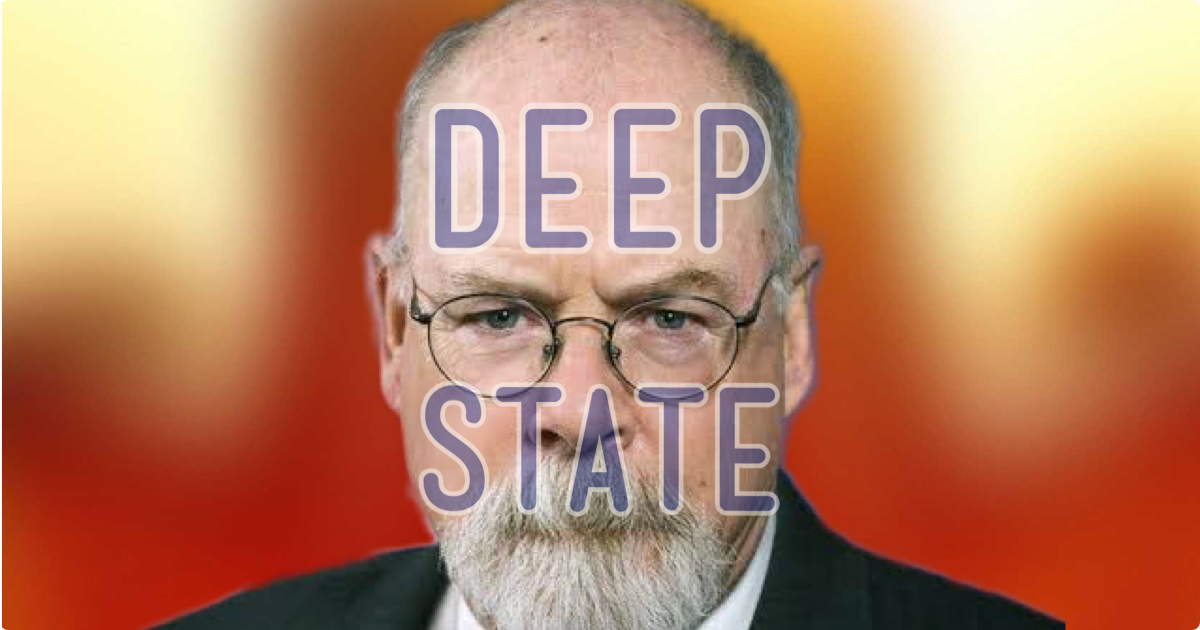