34% of the country are ignorant and 35% are deluded, the rest live in hope

The Roy Morgan poll is out and continues to show a fairly even split between those ignoramuses thinking that Ardern’s muppets are doing anything positive for the country, and those that hope a change in Government will net more than the potential removal of the proposed apartheid.

I am somewhat bemused that so many Kiwi’s are still under the Ardern ether. Must be that relentless positivity Ardern spoke about back when everything she touched sparkled. Perhaps that will change when those less political tune in to the 3 yearly look-at-me fest.

The other side of the coin is a deluded hope that Luxon stands for anything different. Perhaps the hope is 3 waters gets nuked (which is a good thing) but other than that I expect we can see the same shit different day approach to running the country.

Will they listen to farmers if they manage to scrape in a government? Or will they continue to force business killing climate change measures for the new cult we know as the climate crisis?

Nicola Willis is a climate cultist, so is Erica Stanford and Luxon thinks Bill Gates is wonderful and his hero is Obama. Chances are when it comes to the mythical powers of CO2, Methane and Nitrous Oxide we can expect the same bone it on the weather stance on global warming.

Luxon’s labour-lite approach seems to just usher in the religious liberal party and remove the atheist liberals, should Act and National land on top next year. Assuming there is an election next year.

Another few cases of Monkey Pox and you can see Ardern salivating over another pointless lockdown.

So assuming most of the Labour Party haven’t contracted the pox by next October, we are heading for the Maori party being the king makers. Unless Matt King can make an appearance and grab the northland seat and a few members into parliament. A tough job but doable if he can raise his profile and attract those still pissed off at the COVID response.

If an election was held tomorrow the one thing that would likely get the right (if you can call them that) across the line is half of the Green supporters not actually having any intention of voting.

I have a friend who supports the Greens and has voted once in the past 12 elections, and then he only voted yes. You can probably guess which election that was.. Turns out his support was for a different kind of Green.

Chloe will rally the Auckland city folk enough to get her back in, which will guarantee the Greens a place in the debating chamber – even if they get the poor turn out they will get.

ACT is back and noisy enough to stay up in the polls. They are now no longer perceived as a potential wasted vote and Seymour is just goofy enough to attract voters who aren’t interested in the red, blue or green options.

But if one thing the past two years have shown us, is that when it comes to the rights of the minions and scientific evidence based decisions. All of our lot will bow to the globalist billionaire elites agenda faster than Biden falling off a bike.

We can live in hope that when National let us in on their vision for NZ that I am wrong but how many laws really get changed back when there is a new a government? 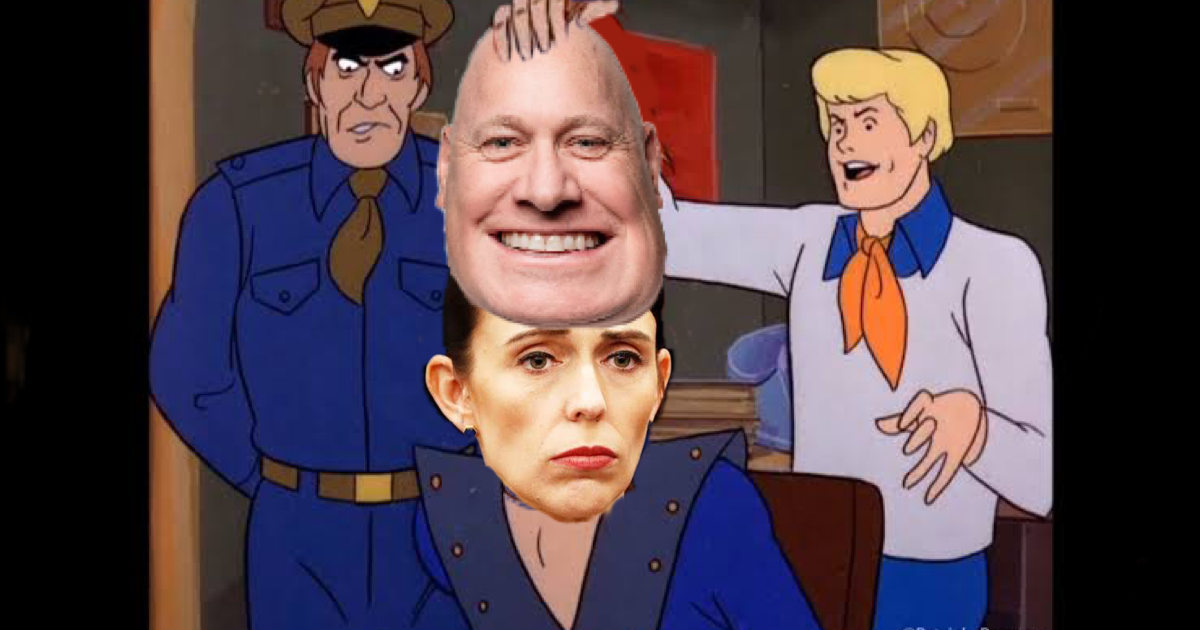 The Gweens typically get less votes than polls predict – interesting to see if the latest Plan from Jimmy Two-Mums to list every potential climate risk on all LIMS, plus requiring all councils to take into account increasing global temperatures in planning. Only people applauding are the insurance companies who have yet another reason to increase premiums and weasel out of paying.