Yes Asians wear masks, does it mean anything? – nothing more than them telling you they aren’t well. The thing you are meant to stay home for because a mask is like holding a mosquito at bay with a tennis court fence

Now this mask wearing has grown into a global obsession. It is up there with the, “feed a cold starve a flu” wives tail that is in the same camp as face masks protect you from viruses.

40 years of studies with mask efficacy tells us they don’t work for preventing respiratory viruses and now we have Miss Concerned Face pleading for us to wear them after 2 years of non stop bad science. Science that has now landed us in a nasty flu season. and no it’s not COVID , its the flu – the one that is worse than COVID.

Where is that fat pink haired prick of a woman now, with all her good advice now? Still spouting off the same old codswallop no doubt. While she is busy searching for another antibiotic (which is useless against Viruses BTW) we have gone to overwhelming our hospital system with the flu. The very thing we locked down to make sure didn’t happen, is now happening, because of the thing we did to stop it happening. It’s alright, wheel out the long face of Ardern to put some more shit in the bucket she just shat in.

How does the immune system work exactly ms Ardern, Ms Wiles, Dickehead Baker? Ask an immunologist how it works and why young children are more susceptible to communicable disease than older ones, don’t ask Bloomfield, his expertise are in the non communicable diseases.

However, to give you an analogy comparing learning to ride a bike and how our body learns to fight disease – It is very simple. If you put a person who has never ridden a bike on one, they fall off. Lock them away for two years away from the bike and have a guess what? They fall off it again when put back on the bike. If you leave the bike with them for a while, they try a few times and then they can ride it.

Like the bike analogy, our immune system works by experiencing pathogens. It learns from the experiences it has with each bug and learns how to deal with it. This is the likely genesis of the saying, “what doesn’t kill you makes you stronger.” The best immunity is getting the disease and fighting it off. Obviously this is not always the desired way to go about getting immunity against the more nasty of bugs such as hepatitis or measles etc and vaccines can have their place here. But as we now know, the COVID virus is less threatening than the Flu, the virus mutates faster than a vaccine can keep up and well the rest is history really -well it should be if twats like Trudeau, Ardern and Fauci would let it go.

Lock downs were ultimately bad science, the first one in NZ was arguably justifiable, but after that they were just ill thought out at best and pure evil at worst.

Now to hide these lies, they need to push them on and on and on. Why? because the politicians cannot have us learn that we have been bullshitted to for more than 2 years – it won’t do their chances of re election any good.

Any Doctor that tells you masks work, are either ignorant (which they shouldn’t be) or lying to your face. The evidence is so over whelming its a moment of waiting waiting waiting for the science community to come out and say “you can stop with masks now”. But we wait, and wait….why?

Science has been hijacked by politicians and those with the money, lots and lots of money to fund the learning centres etc.

There is a phenomena out there called the Bill Chill, the Bill relates to Bill Gates, the Chill is the drop in funding you or your department receives if you research the things Bill doesn’t want researched. This is then amplified by the media giants like Google who suppress info from scientist who’s work doesn’t meet with the narrative that is desired.

We are educated at the whim of those that have reason to point you in the desired direction.

Bill Gates wanted to control the world through Microsoft internet browser when he got his arsed kicked in an Anti Trust case over his attempt to suppress all other search engines over his. He came out looking like a knitting little Sod, so he did what all the uber wealthy megalomaniacs have done in the past when public opinion has turned grey, they hire a PR team and search for a way to make them popular..

The reality which is Big Pharma pharmaceutical companies was born out of the oil industry from an oil magnate. Isn’t that ironic.

The Birth of BIG PHARMA

The mega rich oil magnate John D Rockefeller, who was Americas first billionaire, and who was also a down right ruthless businessman to the point of pure evil, worked diligently on wiping out his opposition in his attempt to create a monopoly in the oil refining industry that he controlled. He succeeded in owning 90% of all oil refineries (which ended up in him facing anti trust procedures but that is another story).

Being the main man in refining, he also was the main man in all the byproducts that had no use. At the same time as Rockefeller was becoming a monopoly in oil refining, scientists discovered “petrochemicals” and the ability to create all sorts from the left overs of producing Kerosene.

One such use was pharmaceutical drugs could potentially be made from oil refining.

This was music to the magnates ears as he could now monopolise, patent and sell oil chemicals and medical uses of the petrochemicals at the same time as producing the profitable Kerosene.

This is where we can use the old saying “History doesn’t repeat but it certainly Rhymes.”

Rockefella had a bit of a challenge breaking into the pharmaceutical use aspect of oil as there were a lot of doctors practicing natural/herbal medicinal practices using knowlegdge from Europe and South America. 50% of doctors were practising holistic medicine.

Being a monopolist Rockefeller set about with a plan of ridding the pesky opposition – being the natural and herbal practitioners.

They came up with a plan to send a man of enough stature around the country to report on the status of medical colleges and hospitals of the land. The man they sent was Abreham Flexner who created the Flexner Report.

The report recommended that the medical fraternity needed to be revamped and centralised. based on this report over half of all medical colleges were closed. Homeopathy and natural medicine was demonised and doctors were even jailed for using the practise (sound familiar yet)

To help change scientists and doctors minds on the potential of oil based pharmaceuticals, Rockefella gave more than $100 million dollars to colleges, hospitals and founded a philanthropic front group called the Bill and Melin…ahem sorry the “General Education Board” (GEB)

Scientists were given huge grants to study how plants cured diseases. The goal was to identify which chemicals in the plant were responsible for the medicinal benefit. The next step was to recreate a similar chemical – but not identical – in the lab that could be patented.

And that is how we now have big Pharma. The patent laws were used to make big money for a “pill for every ill”

Rockefella was a hated man for his evil business ways. He had made a lot of enemies for his aggressive take overs and using his money to get what he wanted.

As he got older he wanted the world to see him as a nice man. So he hired a PR expert to portray him as the nice guy by focusing everyones attention to his philanthropic societies. Promote them as being  born from the goodness of his heart and not the desire to be a monopoly.

It is interesting that to this day Rockefella is seen in a better light than what was thought of him prior to spending money on marketing his acheivements.

The argument can be made that he was the father of modern medicine in the USA. This is something that can be taken both as a pro and a con.

Medicine probably took the same journey from oil as the way we get around today in the modern car. However, this my-way-or-the-highway approach to the pharmaceutical industry, may also have also lead to more harm. Particularly when we look at the reliance on pharmaceuticals you see in the USA today. But you have to give the guy some respect for his greed ultimately lead to many pharmaceutical discoveries.

Anyway isn’t it such a similar style story to what we are dealing with today. Doctors silenced for speaking out, wealthy businessman controlling the funds and even down to the PR efforts Bill Gates has gone to to make sure he gets favourable press. hundreds of millions of his cash go to publications all over the world. his money goes to virtually every medical school around the globe. Even Auckland and Otago universities have been blessed with money from Bill.

Again you could see this for good, if it didn’t have such an alternate desire to the grants.

You only need to see how YouTube surpasses information under the political guise as misinformation.

Some things change some stay the same. 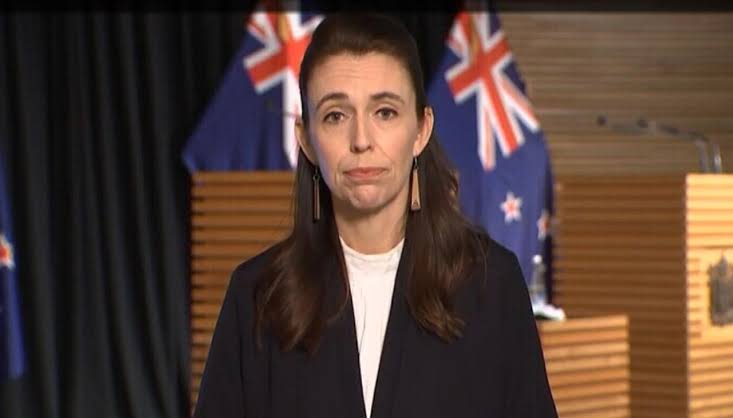 As if by magic, the video fluff piece with Adern & Michelle Dickinson who talked about how useless masks are in protecting from covid has disappeared and made private. Never let it be said that a fucking lying c&&t like adern wont try and cover her tracks. Could she be more dishonest? (asking fro a friend)