6 or 7 mechanisms that the mRNA spike protein causes illness

Whether they are aware of it or not, many many people are now demonstrating illnesses due to the jabs.

The aware or not comment is due to two sad reasons, one is that they are still a ticking time bomb due to the type off damage the spike protein is causing,. The other reason is they are already showing the effects but their doctors are still “scratching their heads” as to the root of the problem.

“According to Dr. Ryan Cole, messenger RNA (mRNA) vaccines produce persisting spike protein that may cause severe damage to the recipient’s health, such as unusual clotting, heart inflammation, or cancer.

Cole is a pathologist who has operated a lab for 18 years. He has seen, mostly through the microscope, about 500,000 patients in his career.

The issue is that mRNA naturally occurring in the body is Brocken down by the body within minutes of it performing it’s function. This is not occurring with the synthetic mRNA contained in the jabs.

Simply put, the body does not know what to do with the pseudouridine and so doesn’t do anything to remove it.

Not only does it evade being broken down, It also evades the immune system and has an effect of reducing your immune system by “turning it down”

This turning down of the immune system then allows previously suppressed illnesses such as viruses and cancers to awaken.

It is also known that these spike proteins can effect multiple organs in the body including the liver and kidney etc as well as the heart.

If this wasn’t bad enough, the real insult added to the injury here is that people who have these vaccine injuries are being ignored by doctors, their governments and the media.

Given we are still in the trial period of this forced therapeutic posing as a vaccine, all these adverse effects should be being studied, looked at thoroughly and tabulated.

But the desire to not admit the human race has just been experimented on means all these adverse effects are being swept under the carpet. Either through sheer ignorance or more nefarious reasons, those now living with adverse effects are at best labelled a collateral damage

If it was a vaccine that prevented the spread of the virus you could have an argument there. But it didn’t stop anything.

Psychologically those who brandished their vaccine status on their social media pages trying to encourage others to take the jab, will have a hard time admitting or agreeing that the harm they now find themselves in is due to the vaccine.

Even less so their doctor. So we are left with an increase in “mystery” illnesses and deaths.

However, fortunately not all scientists and doctors remain under the ether of “keep your mouth shut or lose your job” and have stayed true to the Hippocratic oath and are working on therapeutics to help treat those that are experiencing spike protein injuries.

Ironically it will likely be the pharmacy companies that win again as they make even more money treating those who are injured from being forced to take the jab.

Some injuries such as cancers are not as easily attributed to a vaccine injury due to the pace that cancers form.

But at least work is being done on looking after the people who are left with a much bigger injury than what COVID-19 would have ever done.

Dr. Pierre Kory is one doctor who is studying what he calls Spikeopathy, being the pathology of the spike protein.

Kory is a pulmonary and critical care specialist. He’s also the president of the Frontline COVID-19 Critical Care Alliance (FLCCC Alliance), a non-profit organization dedicated to developing protocols to prevent and treat COVID-19.

“The science is ignoring this concept of a vaccine injury syndrome. I will tell you, it is real, and it is common,” Kory said.

“If you look at VAERS, there’s a catastrophic amount of injuries being reported.”

One of the saddest parts of this article is that many people with persistent injuries have been dumped by their doctor after asserting that it was the COVID-19 vaccine that did the damage.

Doctors with that level of arrogance should be the ones being unlicensed, not those that refused to go along with state forced mass vaccinations with experimental technology.

Of course Dr Kory is being attacked for the work he is doing. Being an actual doctor and helping people seems to be no longer the job of a personal physician and one that the government t would prefer you left to them and their paymasters known as big pharma.

The inconvenient truth was that the virus was treatable with existing g safe and effective products. The only issue was they were not profitable. 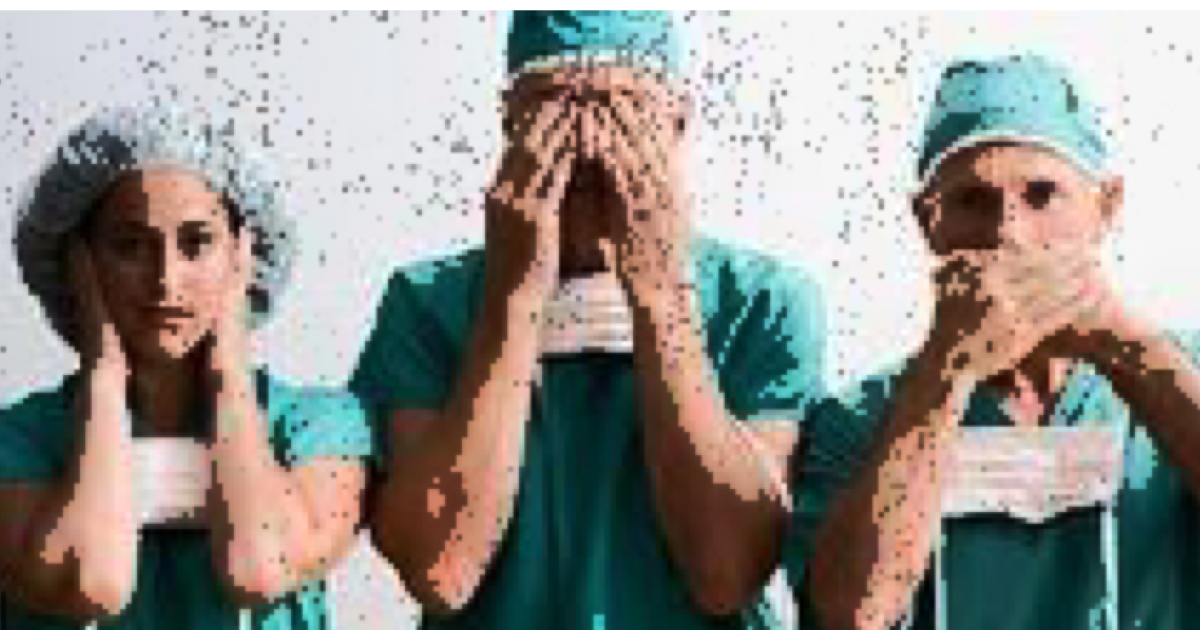 Twitter censored Prof. Shapira, a top Israeli physician who claimed that monkeypox is related to mRNA vaccine, hopes to draw more attention to the death and destruction that these vaccines are delivering to so many people throughout the world. https://greatgameindia.com/monkeypox-related-to-mrna-vaccine/