Todays utter nonsense on “Russians are bad” comes via One News.

If this push to force Russia into a regime change continues the way it’s heading, there will be one of two history book versions of events – depending on who wins – and of course it doesn’t get nuclear.

History books will eventually tell us that WWIII started in 2022, if the West is lost it will say it started in 2014. However, once again it is Europe that is the birth of a conflict that throws the globe into a state of chaos.

A letter from the EU to African Nations claiming that the EU is not responsible for the upcoming food shortages will no doubt bring tears of joy to the continents countries, countries who are all still licking their wounds from the last time Europe decided to get involved in Africa

While Putin has told the leaders that they will send grain to Africa and is simultaneously slowly cutting energy supply European countries, the EU.is sending letters to the effect of, trust us we are European and will find a solution to your woes.

Germany soon won’t be able to handle its own problems and I’m sure the public will be less concerned for the plight of the weary African when they can’t even stay warm in winter.

I am interested in any letters coming to New Zealand to comfort us with our looming food shortages.

New Zealand maybe a big farm but we have put a good portion of our needs in the hands of imported goods. We rely on imported food to keep the year round variety of food supply and in a global food crises, the media haven’t bothered investigating our own exposure to the shock.

Products NZ relies on from overseas.

Wheat, the current number one product to be in short supply due to global reliance on Russia and Ukraine is also one that NZ imports a lot of our needs. We grow half of our consumption.

We may not rely on Europe’s wheat but in a global market this is still problematic, Wheat is predominantly used as feed in NZ and so some of our biggest production such as poultry and eggs, will also be effected. It is also used to feed sheep, goats cows and horses,

We will not go hungry, assuming we can feed the animals we rely on, about 13% of our food is imported, but what is also imported is the required substances in food technology.

Making a simple pie requires ingredients that we import, be it onion powder, Preservatives, and other mysterious ingredients we ignore on the packers of the food we buy, come from places like China. A country unlikely to be on the Wests side in the upcoming war.

While we will do better than many other countries food wise, the inflationary costs will push prices up. Our ability to get funds to pay for our deficit based economy will also be problematic. Printing money will be our only option which will further increase costs.

Anyone who has been to India, Thailand, Indonesia, South America etc will remember a note that buys you next to nothing can range from 1,000 to 100,000 of what ever their currency is. This isn’t because they like lots of zeros.

Expect to see some more zeros before too long on our currency when the West finally admits the debt clock is to be reset.

We are being walked into a do or die war of desperation by the Western politicians. Bankrupt from our financial systems, a global reset is required. Without a forced buy in from all the globes larger economies, the reset will not work.

Russia and China are not in debt like the Western Bloc, and a split away from the western controlled financial systems spells disaster for the West plan of paying the piper.

There is a great read on what is going on with the Davos crowd and why we are being force fed more propaganda than a USSR media company run by Stalin himself..

Unfortunately the collapse of the financial system is inevitable. But the failed regime change in Russia and the refusal for Russia to collapse into financial ruin has thrown a big spanner in the works of the ones rolling out the reset.

This is what is stopping a negotiated end to the war. Ukraine is just a pawn serving a failing mission to weaken Russia and the create the required rebelleon to get the change in government the West needs.

New Zealand is a less than a pawn on what could very likely be the losing side. While we have been distracted by racial disharmony and woke agendas in preparation for the reset, Putin, China and countries like India have been planning their own separation from the toxic relationship with the EU and US.

New Zealand has no choice but to follow the Wests lead as we have no sovereignty, no army no money no population and have avoided conflict since the Second World War. But perhaps our young are about to be handed the guns that the government recently confiscated, all in the name of killing Russians.

Remember, guns are bad, unless they in the hands of our young in the name of fighting wars for the very same people who took the guns off of us to keep us safe

It’s going to get interesting out there. Can’t wait to see the adds on how the west will win a nuclear war. 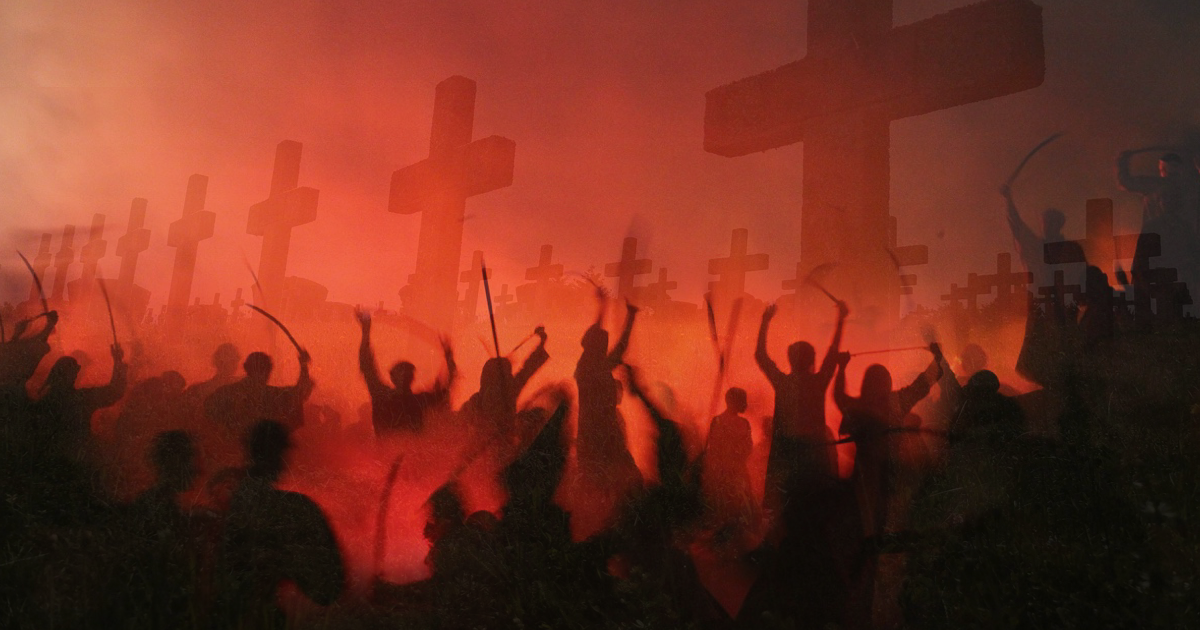