Every day the Western “democracies” take a leaf out of the 1984 novel and turn it into reality. In what has to be the largest step towards this Orwellian dystopia to date, is thee Ministry of Truth AKA the “Disinformation Board”

The power to decree what is “disinformation” now determines what can and cannot be discussed on the internet. It is now in the hands of trained disinformation agents of the U.S. Security State.

A Government department to decide on what is disinformation. What could go wrong?

The most egregious and blatant official U.S. disinformation campaign in years took place three weeks before the 2020 presidential election. That was when dozens of former intelligence officialspurported, in an open letter, to believe that authentic emails regarding Joe Biden’s activities in China and Ukraine, reported by The New York Post, were “Russian disinformation.”

These so called intelligence officials did such a good job of spreading disinformation that even to this date, getting a democrat to admit the laptop from hell was genuinely the Presidents sons laptop is harder than pulling teeth.

That quasi-official proclamation enabled liberal corporate media outlets to uncritically mock and then ignore those emails as Kremlin-created fakes, and it pressured Big Tech platforms such as Facebook and Twitter to censor the reporting at exactly the time Americans were preparing to decide who would be the next U.S. president.

The laptop was the Trump campaigns big moment to show how dodgy Biden was. In what should have been a deciding factor for many swing voters, became instead exactly the tactics in what the State Department blames on the Russians.

The letter from these former intelligence officials was orchestrated by trained career liars — disinformation agents — such as former CIA Director John Brennan and former Director of National Intelligence James Clapper. Yet that letter was nonetheless crucial to discredit and ultimately suppress the New York Post‘s incriminating reporting on Biden. It provided a quasi-official imprimatur — something that could be depicted as an authoritative decree — that these authentic emails were, in fact, fraudulent.

So the biggest layers are now to decide what is disinformation?

This scam is the critical context for understanding why the Biden Administration casually announced last week the creation of what it is calling a “Disinformation Board” inside the Department of Homeland Security (DHS). There is no conceivable circumstance in which a domestic law enforcement agency like DHS should be claiming the power to decree truth and falsity.

we have learned with many events recently and in the past that all Governments are the biggest spreaders of false information. Anyone who has spent more than 5 minutes listening to a politician speak would have absorbed at least a few minutes of obfuscation, warped logic and downright lies.

they are trying to make out that the purveyors of the truth are apolitical scholars but this is a piece of disinformation in its self.

That the Board will be run by such a preposterous and laughable figure as Nina Jankowicz — a liberal cartoon, a caricature of a #Resistance Twitter fanatic who spent 2016 posting adolescent partisan tripesuch as: “Maybe @HillaryClinton‘s most important point so far: ‘A @realDonaldTrump presidency would embolden ISIS.’ #ImWithHer” — has, in some sense, made this board seem more benign and harmless. After all, how nefarious and dangerous can a board be when it is governed by a person as frivolous and banal as this, calling herself “the Mary Poppins of disinformation”?

If it were a joke it would be funny, but Jankowics is being touted as the real deal.

When controversy over this new Disinformation Board erupted, CNN claimed that Jankowicz was “a disinformation expert with experience working on Ukraine and Russia issues.” Homeland Security Secretary Alejandro Mayorkas appeared on CNN to exalt her as “eminently qualified, a renowned expert in the field of disinformation.” What does that even mean? What is the “field of disinformation,” and how does one become an “eminently qualified renowned expert” in it? Is there some graduate program or new field of discipline one must study? Is there a licensing board that certifies one as a “disinformation expert” or scholarship one demonstrates? Which credentials constitute “expertise”

Indeed, the only valid basis for calling her a “disinformation expert” is that she has spread disinformation with such gusto. The most notorious of those was the pre-election lie that the authentic Hunter Biden laptop was “disinformation.” She also decreed falselythat the origins of COVID were definitively proven to be zoonotic and could not have come from a lab leak, was a frequent and vocal advocate of the fraudulent Steele Dossier, and repeatedly pronounced as true all sorts of Trump/Russia collusion conspiracy theories which Robert Mueller, after conducting an intense 18-month investigation, rejected as lacking evidence to establish their truth.

As said earlier, what could go wrong? 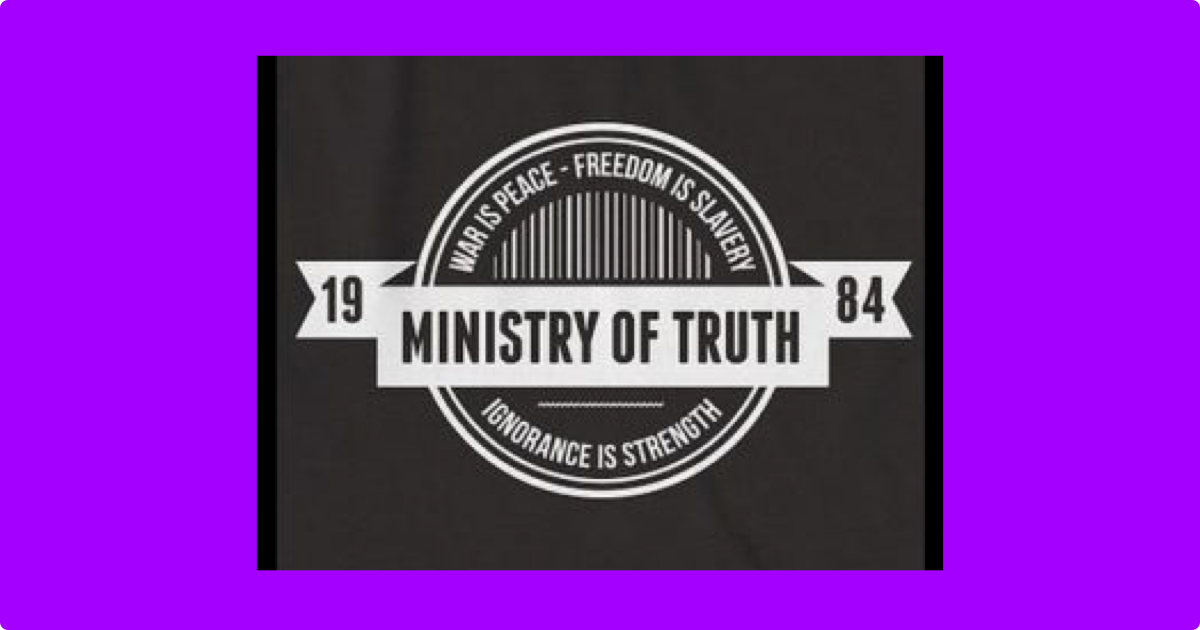