How the Woke are destroying themselves

A discussion on how the lack of robust debate from the woke is destroying their movement.

The pro life, pro choice debate really shines a light on how the argument has been reduced to name calling and dismissive chants.

Whilst there are attributes to the pro choice argument that will make for a robust debate. How about bringing this to the discussion with pro life people, rather than screaming emotional tirades at anyone who you believe is a fascist for their belief that life is sanctity – even if it’s still inside the body.

Debate is what we used to do. Abortion is a complex issue that deserves debate. For example, if in a heated argument a husband was to punch his pregnant wife and cause the death of the unborn child, the husband would be facing murder or man slaughter.

Whilst it is not difficult to understand why such an act should deserve harsh punishment, how can this marry with the decision for a woman to abort a baby whilst the Husband is pleading for the couple to keep the child? is the argument really my body my choice. After all is it not a scientific fact that there are two bodies involved in that decision.

More questions need to be asked in this case, but it is plenty of women who so easily got an abortion when they were younger whom then came to live a life of regret.

Conversely people who decided not to abort, and have lovely children, cannot go through life with that feeling when looking at a child and thinking, we almost destroyed that life.

Abortion is complex, a major decision and one that defines your future, people forget that their is a life that is being decided on, and in the case of the majority of abortions, mostly done for convenience.

All that we can ask from both sides of the argument is an intellectual discussion.

Vilifying people for being pro life is one of these hypocritical stances you see from hard core activists, however the extremes on both sides of the argument are unhelpful .

Decreeing that no abortion should be allowed whatsoever, is an unhelpful unscientific stance on the argument of accessibly to abortions.

On the other side of the coin, chanting “no ovaries no choice” till you are hoarse, or howling pro lifers are fascists while dressed in a puffy vagina costume does little for the discussion than show lots of emotion but little of anything intelligent.

The majority of pro life advocates in the US are women. The ones mobilising their protests, offering support to mothers to be and wisdoms are mothers, many who went through the same tough choices.

Many of the pro choice protesters are men, perhaps their vocal advocacy stems from the financial burden the man receives should their child make it out of the womb. Who knows, but again, what should not be lacking is some intelligent discussion on the matter.

In the USA the path to abortions for all is through the law makers of each individual statewho set each of their states laws. Laws are set in a democratic way rather than a blanket law.

If a woman’s right to abort is, as the pro choice claim, an absolute universal right. Then It shouldn’t be that difficult to have a robust debate that is full of credible reasons. Carefully considered and explained points that are slightly better than aggressively asking someone, “did you study biology.“

That question was more to do with what is a woman I thought, but who knows.

Years ago the debate was robust, pro life activists had engaged in more robust arguments, but today’s marches seem more like a participation event of the eternally offended woke, anguished for the sake of having something to yell about rather than a comprehensible discussion point.

The pro life clan have also very quickly gone for threats and bully tactics which also should not be necessary if you have a strong argument.

The Roe v Wade decision in fact, is by most, completely misunderstood, and the commentary on it full of misgivings.

While you may be shocked some States will be cracking down on what they deem illegal abortions, this doesn’t mean the Supreme Court Justices decision was a wrong one or that they were advocating for abortion bans.

We posted on the decision from a legal stand point here. https://planetb-media.com/the-misconceptions-of-the-wade-versus-roe-decision/

They removed the right to abortion as a constitutional right as there is nothing in the constitution that supports that argument.

It is a decision to be made by the people of each state and is not a federal issue is what the decision was.

The argument that really inspired this post, is that it shouldn’t be left to pale stale males to make these decisions. Ironically I t was an all pale stale male group of judges that made abortion rights a constitutional absolute, it took a gender and ethnic diverse group of justices to reverse that decision.

If you want to be taken seriously then get your ideology straight with as little hypocrisy in it as possible, take off the puffy vagina suit and put your case forward in an intelligible way. In NZ we have one of the most pro choice legislations, in many peoples eyes it is too pro choice but that is how a democracy should work

Planet B’s personnel are mixed on the argument, it sways from pro life to pro choice, but definitely stands behind robust discussion on the issue and not vilifying either side of the argument if they bring good points to the conversation.

It is a shame that some people stoop to using it for political gain. Grant Robertson weaponising it for his own political life is below the belt, but this is where Robbo lives politically. And before you get offended I was subtly calling him a wanker.

What he does with that region otherwise is his own choice, which is another thing that in NZ he can celebrate freely. Without the concerns of pregnancy I might add.

Regardless of your belief, how about you respect the other side of the argument by tempering down the emotion and discuss with logic and facts.

Fortunately in this day and age pregnancy is avoidable, there are many ways you can live freely and avoid the fertilisation of your eggs. It is not the only option as it would have been pre contraception days. It is still accessible, even in the states so rather than causing a storm in a tea cup have a cup of tea.

We have bigger issues than travel times in the USA for abortions. Just ask Nanaia Mahuta. 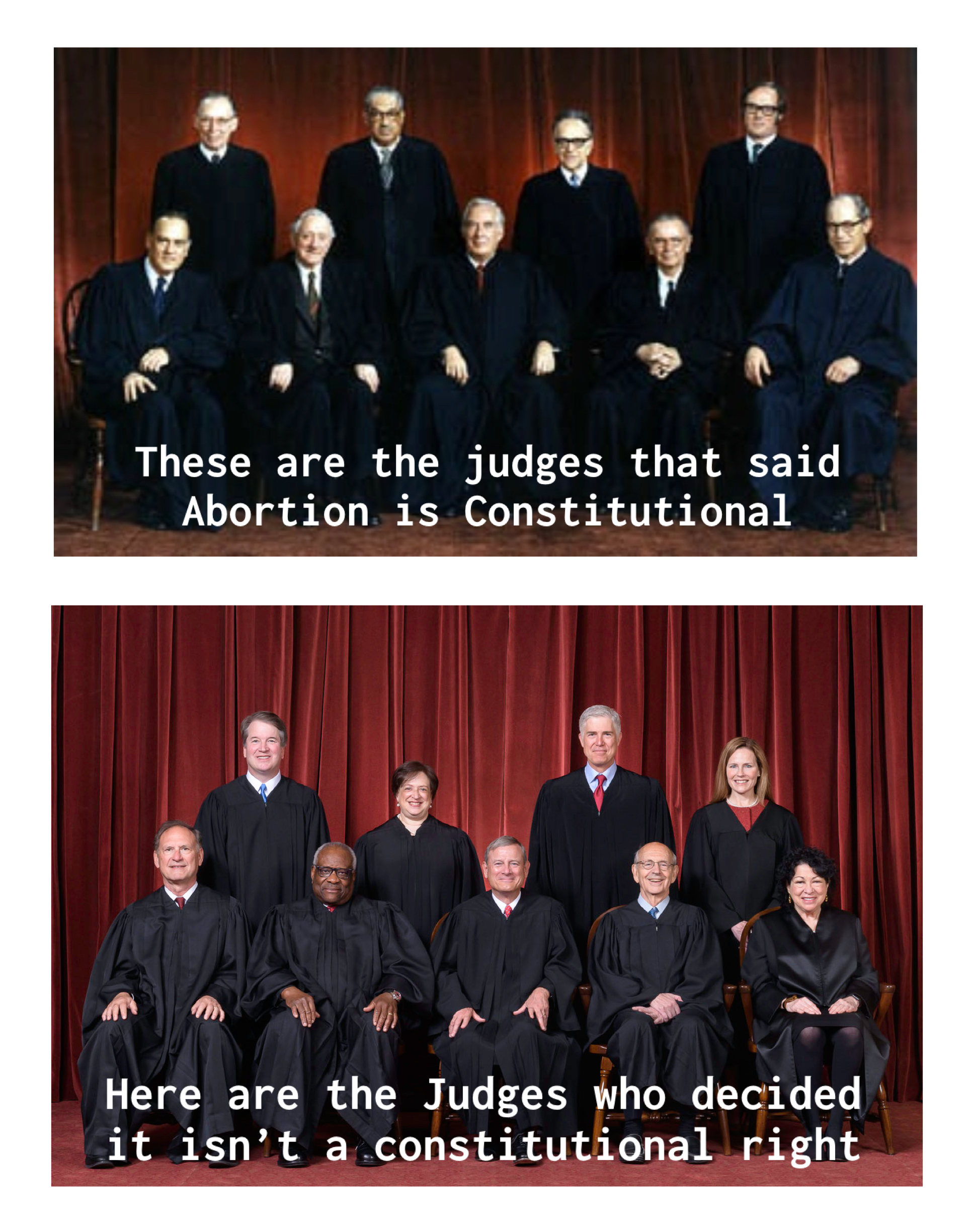