Labour are Grooming our Children

It is obvious to anyone who bothers to look that we are subjected to countless barrages of propaganda.

As adults we can use our critical thought and experience with the lack of honesty within the political sphere and the obfuscation of the vast array of activist intellectuals and scientists.

But our children, who are sponges for information, are being subjected to this rot. This, straight out of the tyrants hand book, indoctrination of our public school children is forcing beliefs that are distorted at best and totally false at worst.

Ardern, in this pitch on why we shouldn’t fesr co-governance, comments on how she is proud they introduced compulsory history of New Zealand into our education system.

The trouble is what they are teaching is not the history that occurred, but the history they would like us to believe to twist narratives to suit modern day outcomes.

One of George Orwell’s famous lines is, “he who controls the past, controls the future.” This 1949 dystopian future novel is being used as a handbook in todays world rather than the warning it is meant to be.

The truth of the history of New Zealand is the Maori willingly ceded power to the crown for the protection the Queen provided.

Over the years court rulings have distorted the reality of this fact contained in the Treaty.

From here manny of the perceived wrongdoings are misrepresented, such as the banning of speaking Maori at school.

It is insinuated that it is the evil ways of the white man who abhorrently beat Maori children for daring to speak Maori.

Fact check this properly and the first important point is all children received beatings for behaviour that was deemed inappropriate enough to deserve a whack.

Regardless of your modern day belief in the harshness of corporal punishment for children, both Maori and Pakeha received it. Anyone old enough to have lived in the era of the cane will attest to receiving it as punishment.

The interesting fact about this law was who introduced the bill to parliament. It was the Maori elders that pushed this through to avoid Maori children being disadvantaged.

Here it is in English

It clearly outlines the importance they put on Maori learning English and the means of achieving this, where only English was to be spoken.

In the 1870s, shortly after the Native Schools system had been established, a number of prominent Maori sought through Parliament to place greater emphasis on the teaching of English in the schools. A newly elected Maori Member of Parliament, Takamoana, sought legislation to ensure that Maori children were taught only in English. A number of petitions in a similar vein were also taken to Parliament by Maori.

This of course does not mean that the history of New Zealand is all boxes of roses and there weren’t wrong doings, but can we trust that the history will be taught correctly in the areas it matters.

Clearly not if we are pushing for a co governance, no where in the Treaty does it mention co-governance.

Ardern’ goes on school tours smiling and displaying her facade of kindness while the media fawn over her every fluffy pounce through the political sphere.

Our children are indoctrinated into Globalist beliefs, ones where we must eternally apologise for the wrongdoings of our forefathers while our current fathers are destroying the planet with climate change.

No wonder our pubescent teens are filled with rage, fear and loathing.

Taught by predominantly liberal failures who the real world didn’t fully embrace, they fall on their useless degrees to implant their own failures into our children.

Not all teachers fortunately, but most teachers in my opinion fall in the category of “when all else fails, teach”

Our kids are being dumbed down and filled with guilt at an age where life should be seen as a big adventure.

Alas the dumbing down of the masses is also straight out of the tyrants handbook. Make them dependent on the Government and you have them under your control for ever.

Our education system is failing our children. The statistics coming out paints a dire picture of competence in core subjects. this is partially due to the fact that the education system attracts left leaning failures, and the desire to teach falsified history, pseudo-sciences and social equity lessons rather than reading writing and arithmetic.

Younger and younger our children are subjected to theoretical and philosophical ideology, most of which doesn’t stand scrutiny at the simplest of scientific levels.

No wonder many parents are sending children to private schools or pulling them out of school to home school them. I used to think home school parents were a bit weird, now I wish I had the time to be one. 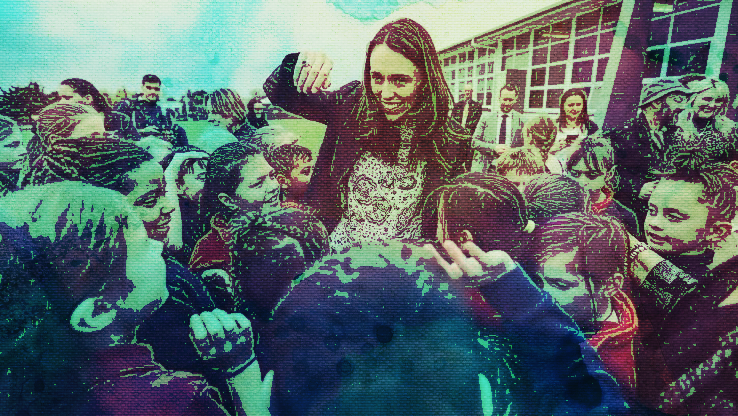