Mid-terms, Mar-a-Lago and the MAGA Menace

Four powers are at work and the political battle between them is the stuff of the most thrilling Novels anyone could ever dream to write.

Who are the villains, who are the hero’s, the twists and turns with startling subplots to keep you turning each page, only to find yet another crazy revelation.

Recently we have seen new chapters created in this real life drama playing out in front of our eyes.

This chapter is setting the scene for the mid-terms, where there are three players. We have the incumbent Democrats with the narrowest of margins in the house and senate. We have the GOP conservatives who dearly want the influence of Trump to be sliced off of the party so they can get on with the Bush era business as usual politics. Then you have the MAGA movement.

The fourth player in this Novel is the Deep State.

Let us just spend a little time identifying what the Deep State is. Many see this term as a Conspiracy theory terminology dreamed up by the MAGA movement with the new designation of “The Swamp”

The deep state is simply the Governments administration arm that are a power upon themselves.

Departments within the Government hold great power and influence such as the DOJ, the FBI, the Military, the list goes on.

In the UK the administrative arm of the Government was called the Duel state. Anyone who has watched the show “Yes Minister” will have seen this duel state in action.

It was the Democrats who coined this arm of Government the Deep State back in the 1960’s. Their claim was the Deep State was still working the desires of the previous Republicans, even after they had been removed from power.

Trump made an enemy of the Deep State by running on what he called “draining the swamp” and while many think this raid on Mar-a-Lago was driven by the Democrats, this is unlikely. The reason is simple, Ron DeSantis.

If DeSantis runs for president, the Democrats see this as a much clearer victory for the GOP. He is very popular and would certainly lead to the defeat for Biden and the Democrat party.

So while the Democrats have a battle on their hands with the MAGA movement with Trump at the helm, it is a lessor risk of a loss than DeSantis.

The FBI raid on Trumps Florida residences was to get evidence alright, it was the evidence Trump was holding on all the conspiring the FBI and the DOJ did prior and during Trumps time as president.

The FBI are so keen to remove these records that they risked the huge backlash hthey are now getting g to try and capture this evidence. Which it appears they failed to recover.

It all relates to the Trumped up Russia collusion charges that marred much of Trumps time as president. The ludicrous claims that Putin planted Trump as president so the Orange man could do his bidding. It took collusion and creativity of extraordinary levels, much of which has come out now but by many still largely misunderstood.

The level of corruption in these departments is embarrassing for both the FBI and the DOJ and they want this chapter gone and buried.

Whilst the Democrats fear DeSantis, these Deep State operators fear Trump and the MAGA movement.

These actors are comfortable with GOP lead parliament even if they preferred the Democrats. It is outsiders like Trump that campaign on upsetting the administrations grasp on power that they are rallying against.

Another new twist in this chapter is the latest speech delivered by Biden. Biden’s claims of bringing people together obviously is one where all are welcome unless you own a MAGA cap.

In what is being called a third Reich or Stalin style performance, Biden vilified Trunp and his followers like they are an existential threat to the the Republic.

Like a true tyrant Biden claimed anyone who doesn’t agree with his politics is a threat.

There is a transcript and commentary linked below

In what can only be considered projection, here is the pinnacle of his rant

Seems he has forgotten the moment that His fellow democrats objected to Trumps win. Trumps lawyer put this montage together about the 2016 election

Regardless of all the voting anomalies in the 2020 election, by far the most cynical move was the deliberate quashing of the “laptop from hell”

Polling shows that if the public were not lied to about the genuine nature of the Hunter Biden laptop, they would have voted differently on election night.

This one act on its own changed the election, but make no mistake, the powers that be didn’t just rely on this one action to affect the outcome of what we can now see was one of the most important elections in our lifetime.

It is not certain that the Ukraine war would have been avoided by Trump having a second term. What has turned out to be a fair warning was Trumps claims that Europe was too dependent on Russian energy.

It is safe to say it is as hot as hell in this real life political thriller drama. Whistleblowers have lead to a senior FBI agent walking the plank. Zuckerberg has admitted the FBI directly instructed social media to discredit the Laptop.

The DOJ and FBI colluding with half naked accusations to justify the raid in an ex president residence. and the current president threatening fellow Americans with the night of their own military if they don’t stop thinking the way the are thinking.

40% of Americans think they are heading to a civil war. The EU can’t afford to heat their homes or showers and the WEF leaders are stifling food production.

And as for the outcome of the mid-terms? The GOP to win the senate and likely the house and so far eight articles of impeachment have been drawn up for Biden in what is soon to be another thrilling chapter.

All this and Trump hasn’t even stated if he is running in 2024 yet. 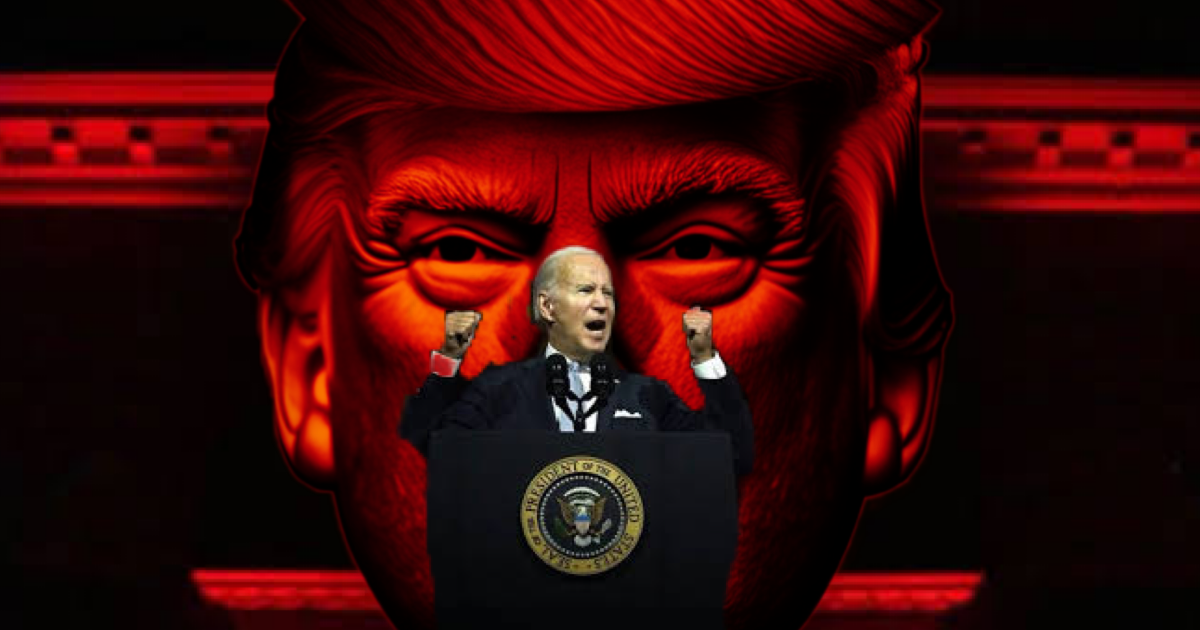 Its a shame the great USA has come to this. It seems they are going backwards enduring this digital war without bullets. Innocent citizens suffering at the hands of the devil. This should never happen.