Month in review + a couple of days

Another inverse record setting month for our shower of shit government

Megan Woods (part of the most open cabinet of all time) is now refusing to disclose what our level of Coal imports are, we are assuming a new record month of dirty coal imports from Indonesia (actually Russia – but they deny that too).  She is also  refusing to disclose what our Fuel reserves are.  Open and absolute denial is actually an affirmative of the opposite position – ours).

Also the nature ofemergency accommodation is changing as some motels turn out their emergency punters and start taking back the few tourists that have arrived.  My associate who supplies pre-made meals for emergency facilities that have no ‘in-room’ cooking facilities sent out a record number of meals to hotels this month (it goes without saying at record cost to the taxpayer)

NZTA recorded a record low amount a revenue released to them for Road maintenance and again pointed to the need to re-instate fuel taxes and more important, bring in road user charges for the Coal burning electric vehicles. While a reduced outflow of funds from any gummint is good a record level of reporting of deferred delayed or cancelled road maintenance required with no budget to remediate it, was recoreded.

A record warm NZ winter has been reported to support Global Warming nonsense while a record cold Southern Hemisphere is roundly ignored.

The BTC went to Nelson to announce another $100,000 to support the mayoral relief fund taking the Government contribution up to $600,000. Not a record but reminds us of other record Donation made by the Labourtards;

Well at least the people of Nelson know where they stand in this governments’ priority list.  F*ckin last and then some.

In deference to the BTC and the Labourtards attempt to tax your Kiwi-saver into oblivion, it is perhaps time to take more seriously my proposed new tax whereby  if you voted Labour at the last election tax you each be personally taxed $48,150 (up from $33,800 and a new record) to balance the books and repay the damage done by the most incompetent and fiscally inept government in history.

It is sooooo obvious that even Mathew Hooten has arrived at this conclusion and we here at Planet-b have made no secret of what a numpty we think he is. 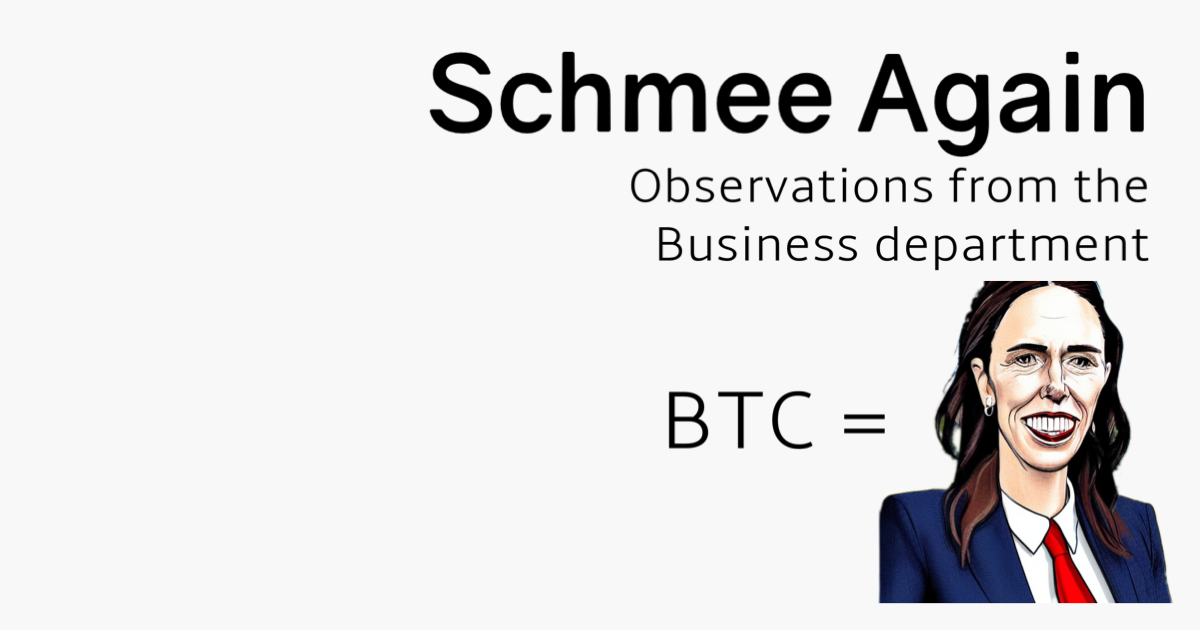 And the mule-toothed communist is off to New York on another junket – I assume another poll must be due. Is she visiting Blackrock again? What NZ businesses are going with her? She will be in for a shock in NY – no one cares about masks, covid or monkeypox. They care even less about Jacinda.

apparently she is doing a U.N. speech about online extremism, being a world authority on extremism I assume…