The only problem is subduction caused from tectonic plates meeting is not climate change. It is also something that hasn’t just started happening due to mans thirst for fossil fuels. While there are areas around the globe that have had some ground movement due to the techniques of extracting gas etc. In New Zealand, claiming climate change induced sea level change due to subduction is somehow something able to be fixed by changing our ways is so disingenuous it is laughable.

Of course it doesn’t stop James Shaw from coming out of the darkness to remind New Zealanders he can use unparliamentary language when called to do so.

30 cm sea level rise in the next 10 to 20 years and everyone needs to take notice of their new website that tells us where will soon be submerged. I went to it today and had to give my details before I was allowed in. So its a data collection site?

They cleverly now call sea level rise the event of land lowering into the sea. A bit like how an aeroplane magically makes the ground move downwards and away from the aeroplane.

Sea level change is something measured around the globe in many places, and some have been measured for many years. Also subduction has been going on for much longer than people building houses in Owhiro Bay, a bay that has become the picture of sea level rise due to its location on the southern tip of the North island facing one of the most inhospitable stretches of water in New Zealand.

There are places built close to the ocean where they meet with flooding in moments where high tides and storm surges combine. This is not a new phenomenon, but creating a virtual boundary around the entire coastline suggesting 30 cm is coming in 10 to 20 years is pure alarmism.

There was an earthquake around the wellington area which lifted the region out of the water back in 1855. This is what gave birth to the land that makes up the wellington CBD. Here is some info on this major event in the lower North Island

in 2016 the region was shocked again with a 7.5 magnitude quake.

So the scientists have worked out that subduction and climate change are going to raise the sea, and for good measure and a sprinkle of fear, the 1% probability flooding (otherwise known as the 100 year flood) will occur every year.

Roll out Owhiro Bay where people have built their houses on a rather treacherous coast line and it made the news a few years ago because of the combination of 100 km/h winds and a high tide caused flooding.

6 meter waves at high tide will reach higher levels than a house built at 4 meters above sea level.

Below is the wellington tide gauge showing sea level rise for 75 years.

Approximately 10 cm of increase in the past 75 years. In the past 20 years we have seen about 5 cm of sea level rise. The average rate is 2.72 mm per year.

But we are about to see a complete change to this? Because of new statistics?

The average increase above does not take into account seasonal fluctuations and the conditions that the scientists say can cause a greater level of sea level change.

So the question is, is climate change likely to bring more or less conditions that cause this 2.72 mm rise per year to be more pronounced. Or more 6 meter swells in Owhiro Bay

Here is a quote from an Owhiro Bay resident

“Doug Van Boheemen, who has lived in Owhiro Bay for a decade, said weather like this happened at least once a winter and he did not expect there to be much damage.”

Perhaps Doug is in for a rude awakening in the next 10 years, or the once in 100 year flood has already been happening in Wellington for some time.

Based on all the other 10 year predictions such as ice free arctic that is well over due, I don’t give this one much chance of coming true.

Having said that, caution should always be taken building a house on the coast line in Wellington. Anyone who has spent more than a month in Wellington will know why.

Notice how both of them have the sea level going down the past few years?

I’m sure that subduction is a genuine threat to some coastal properties, but lumping this with the phenomenon of sea level change is just alarmism for the sake of it. Sea level rise is something that is one of the most static changes in the 130 years we have been measuring anything climate related.

The more they try and tell us we are in imitate danger of sea level rise the more I am reminded of one of the more corny scenes from Austin Powers. 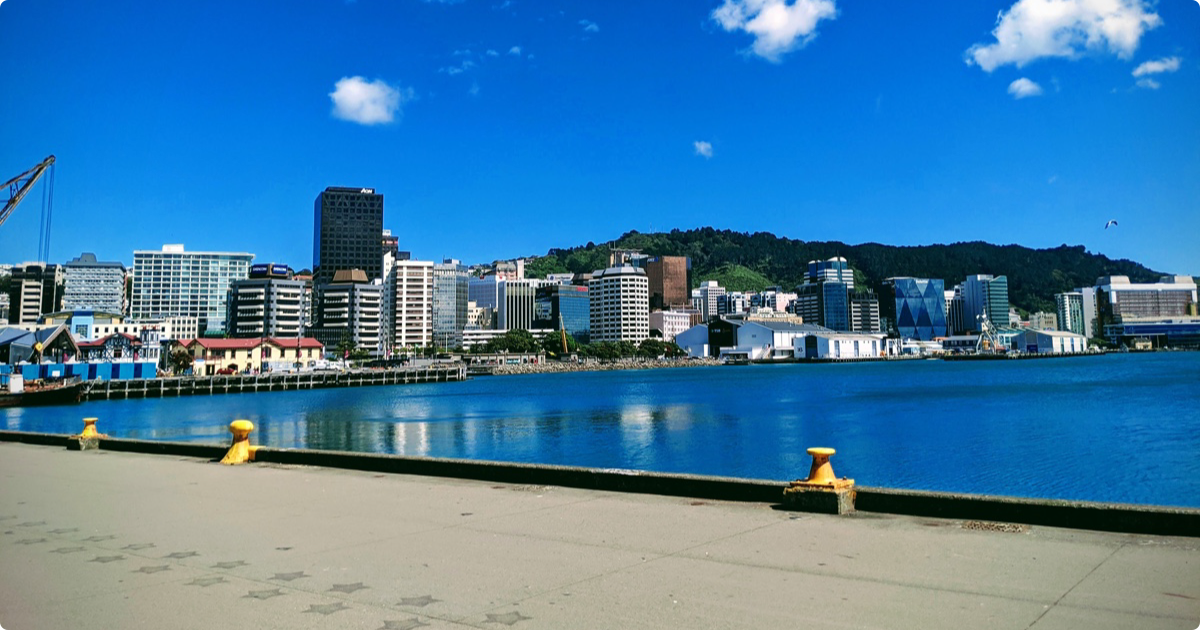 And parts of the Seabed around Kaikoura rose around 2 metres after the earthquake,  and did the sea level rise??? No, it just maintained its equilibrium.