Nothing says inclusiveness like banning 180,000 people from attending a public event

I can’t believe I’m writing this – we’ve been banned from the Local Government New Zealand conference on “the future of local government” that opened this afternoon in Palmerston North. And LGNZ has even banned you!

Late yesterday, the Taxpayers’ Union was notified by LGNZ that our registration for the conference had been revoked and we were no longer welcome.

That’s 180,000 registered supporters like you, our staff, and board members – LGNZ has said that no one from or representing the Taxpayers’ Union is permitted to attend.

We asked whether Chris Milne, a sitting City Councillor who is on our Board could go – LGNZ doubled down and said, “not if he’s representing the Taxpayers’ Union“.

Carl, I’ve never been banned from anything!

I called Stuart Crosby, LGNZ’s President, to ask what his concern was. While I’m all for humorous stunts outside an event, or holding politicians to account, the idea that we’d storm the stage, or disrupt the event is ridiculous. We wanted to listen to the Minster of Local Government and all of the other speakers about their ‘vision’ for local government, Three Waters, and the other agenda items.

To our astonishment, the justification for the banning was that “the Taxpayers’ Union has previously criticised LGNZ”. The President of LGNZ said that we are not welcome because “we don’t trust what you might say” about the event.

In short, without any appreciation of the irony, LGNZ is gathering together 400 stakeholders to discuss ‘the future of local government’, democracy, diversity, and Three Waters – but won’t allow groups who disagree with them or the Government!

The ban applies to the Taxpayers’ Union, our supporters, and even our Ratepayers’ Alliance off-shoots in Auckland and Tauranga. That means no ratepayer groups will be at the event.

Remember, LGNZ is 100% funded by ratepayer and taxpayer money! They are the same group who were in the media just this morning calling for more diversity in local government.

Yes, we have criticised LGNZ in the past – we’ve criticised them for being politically biased, and un-transparent! Talk about proving the point…

Apparently, the ‘future of local democracy’ won’t include you!

Carl, the context of all this is that Stuart Crosby and LGNZ have taken money from the Government to promote Nanaia Mahuta’s Three Waters regime. He signed the infamous Heads of Agreement / Three Waters Partnership behind the backs of his own members. So the obvious question is, did the Beehive lean on LGNZ to ensure we couldn’t be there?

Democracy’s future is worth fighting for

Carl, the events of the last 24 hours illustrate why we must not let local government become the vehicle of an unelected ivory tower elite. If LGNZ – tasked with promoting local democracy – is banning ratepayer voices from discussions on proposed changes to local government, what trust do you have that ratepayers will be a part of the results?

So I am emailing to ask you to speak up for democratic control and accountability.

If you agree that democracy should include those who disagree with the government and their sock puppet groups like LGNZ, please take a moment to send an email to those who made this outrageous decision.

Tell the LGNZ President, Council, and the mayors that ratepayers like you should be at the table of these discussions. Local democracy shouldn’t be limited to a special club of people and organisations that the elite happen to agree with.

The team worked overnight and most of today to create an email tool to make contacting the LGNZ leadership easy. They are relying on you to deliver the message at www.BannedByLGNZ.nz

In my eight years working for the Taxpayers’ Union I’ve seen plenty of underhanded tactics from politicians. But this one certainly takes the cake.

On Three Waters the Government has attempted to buy council support (there’s another “b” word for that…), engaged in a disinformation advertising campaign, and tried to smear those opposing the expensive and anti-democratic water reforms as ‘racist’.

This certainly seems to contradict the LGNZ website that says: “Our vision is for Aotearoa New Zealand to be the most active and inclusive local democracy in the world.”

New Zealanders should not have to worry that if they criticise the policies and actions of the Government and affiliated organisations they will be banned from Government-sponsored events.

The future of local democracy relies on robust debate and the accountability of elected officials and public servants to ratepayers. Click here to tell them that.

Thank you for your support. 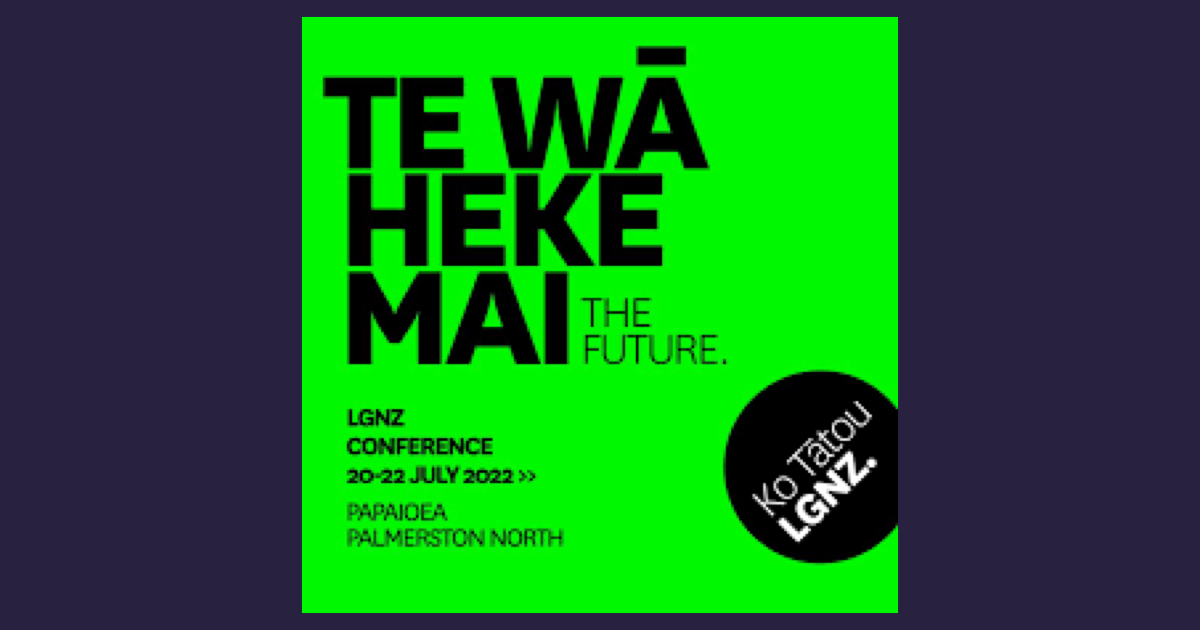 What a disgrace and stain on our democracy. I cant believe this is happening NZ in 2022. There is something rotten in the State on NZ…….what a legacy for Jacinda and her ship of fools. Whats next?