More from our Free Speech Coalition and the danger of what the Government wants to impose.

Like you, yesterday afternoon I received David Cumin’s email and was shocked. I’ve just made my contribution to the fight, so David and the team can mount a strong campaign.

Our opponents will claim that we should take comfort from one aspect of the proposed law. It says the prohibited behaviour should be: “the incitement of disharmony, based on an intent to stir up, maintain or normalise hatred, through threatening, abusive or insulting communications.”

Having to prove an intent of inciting hatred is a relatively high threshold — but we should not take too much comfort from that. Overseas experience tells us the danger isn’t thousands of people going to jail for their speech, but that the threat of Police complaints will be used to suppress speech.

We already see this on campuses where some staff at Massey University preposterously claimed they felt “unsafe” having Don Brash speak on campus. Now imagine, under these proposed laws, those academics not complaining to the VC but complaining to the Police about Dr Brash, and the Police launching an investigation into Dr Brash because he has a different view on Maori seats than others.

In the UK someone was made to attend a police interview and was given an official caution because of his retweeting a poem that was critical of trans gender issues. The Police turned up at his door and said “I’m here to check your thinking”.

It took years of legal action to have the UK High Court rule this was over-reach. How many of us will fight overzealous policing in the courts, rather than simply self-censoring ourselves?

The increase of the maximum penalty from three months to three years is chilling. But the worst aspect is not the increased penalty but the widening of what can count as hate speech.

If you say that you think it is barbaric that Islamic beliefs include the death penalty for apostates and homosexuality, you could be seen as inciting hatred against Islam.

If you say that you think Destiny Church is a money-making cult for the Tamakis, you can be seen as inciting hatred against Destiny Church.

How about if you label anti-abortion MPs as bigots because you disagree with them on abortion, is that not inciting hatred against them for their political opinion?

We need to give everything we’ve got to defeat these proposals.

Political opinions should not be sacred, and nor should religious opinion. They should be open to full and robust challenge without fear of prosecution.

We should be doing all we can to promote tolerance and suppress hate — but we can’t curtail our most fundamental freedoms in doing so.

Will you join us in putting up our best fight against Labour’s draconian Hate Speech laws?

Thank you for your support. 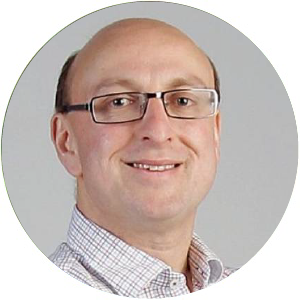