While the alarmist prepare to tell us that the warming of the globe is to blame for the chaos in the upper South Island lately. Quietly, the Southern Hemisphere has been having a quite cool period. 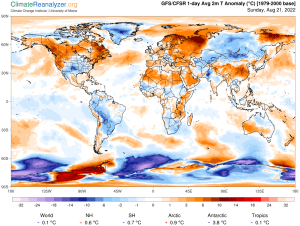 It doesn’t look like the Antarctic is melting anytime soon with Temperatures well below the 1979 tom 2000 average. 3.8 degrees cooler. The average for the Southern Hemisphere is -0.7 degrees Celsius.

Ironically NZ is bathing in some warmth but overall the temperatures are pretty cool with the globe sitting below the 1979 to 2000 average by -0.1 degree.

Its warm in the North though which Europeans should be celebrating rather than being alarmists about as its going to be a cold winter. 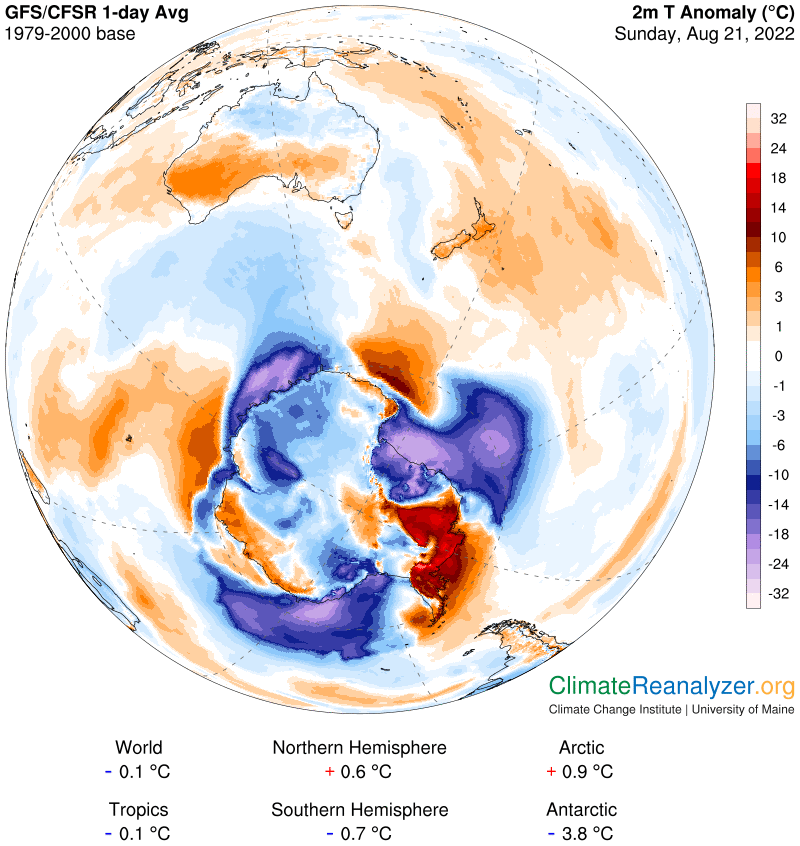