The second largest exporter of produce in the world is experiencing g a huge farmer rebellion and there is total radio silence here on this protest that has brought the country to its knees.

The farmers are reminding everyone where their food comes from by distrusting distribution to supermarkets, they have shut down the airport and are usually g their numbers to show what happens when the majority are pushed too far.

The town hall is being g sprayed with manure and the borders have been closed with thousands of tractors being used to send the message to the politicians.

WEF inspired greenhouse gas reduction targets has seen the government tell farmers that they can no longer run their farms the way they are. Some farmers will have to stop altogether and the rest need to change their ways, this is the strong message handed down by the political elites who are policy creators for the WEF.

Jimmy Dore almost gets it, but hasn’t fully awaken yet in regards to the Climate Change distraction is exactly that, a distraction.

So why is the New Zealand press ignoring this? We can guess why STUFF has not printed anything on this as they don’t like anything that disputes the causes of climate change. But there is nothing from any of the major news channels. This has to be by design.

Rebel News is heading over to cover the protests 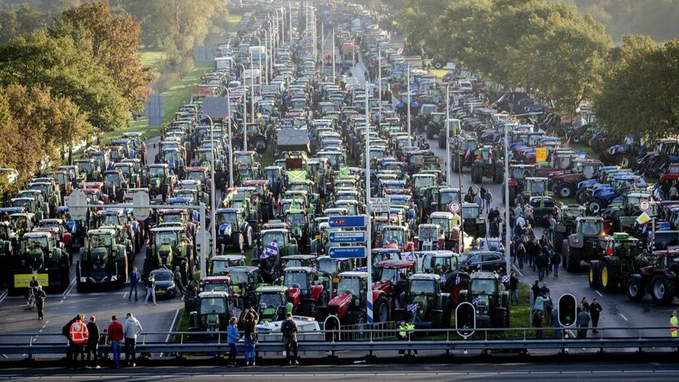