The real losers of the war sanctions

Western Europe is failing to recognise they are the real losers. But they are waking up.

Yes Russia will likely have some hardship but they know why and have experienced worse. 

“The Western sanctions war with Russia will not change the outcome of the conflict in Ukraine. Russia will prevail but what the settlement looks like is very much an open question. However, one thing that is more obvious is that the economies of most European countries, and the euro, will suffer. Michael Hudson argues that they are not collateral damage but intended targets.”

If you look at the euro versus two pertinent other currencies right now you can start to see the reality.

Relying on gas, food, fertiliser and other products, the sanctions are hurting Europe. While oil and Dm gas hurts, nothing is more devastating for a country or region os wide spread food shortages and ultimately starvation.

And while Europe waits for Russia to capitulate as ordered, it is them becoming reliant on the USA. Could this be the real war being waged. An economic shift of debt in to Europe?

“Hudson explains that the current trajectory has high odds of the eurozone running sustained trade deficits with the US, which will prove difficult to manage given its lack of central fiscal authority and its hawkish central bank.”

So reliant on Russia, Europe has been fooled into living in those 90’s policies that saw countries like China and Russia capitulate as the notion of sanctions.

Russia rebuilt its economy on commodities and important ones at that. Russia is self sufficient and prepared to do hard times to preserve its sovereignty.

It is now in a war a attrition, one that is top of their war time strategy booklet.

Was this all part of a larger plan for the USA to strategically avoid other nations benefiting from the economic growth of countries like China?

“It is now clear that the New Cold War was planned over a year ago, with serious strategy associated with America’s perceived to block Nord Stream 2 as part of its aim of barring Western Europe (“NATO”) from seeking prosperity by mutual trade and investment with China and Russia.”

While the media feeds misinformation of why Russia invaded the Ukraine the Eastern Ukraine is methodically being taken over by Russia.

“Russia’s defense of the two Eastern Ukrainian provinces and its subsequent military destruction of the Ukrainian army, navy and air force over the past two months has been used as an excuse to start imposing the U.S.-designed sanctions program that we are seeing unfolding today. Western Europe has gone along whole-hog. Instead of buying Russian gas, oil and food grains, it will buy these from the United States, along with sharply increased arms imports.”

The linked article above is an opinion piece on the potential economic war behind the sanctions.

Written by Michael Hudson, a research professor of Economics at University of Missouri, Kansas City, and a research associate at the Levy Economics Institute of Bard College. 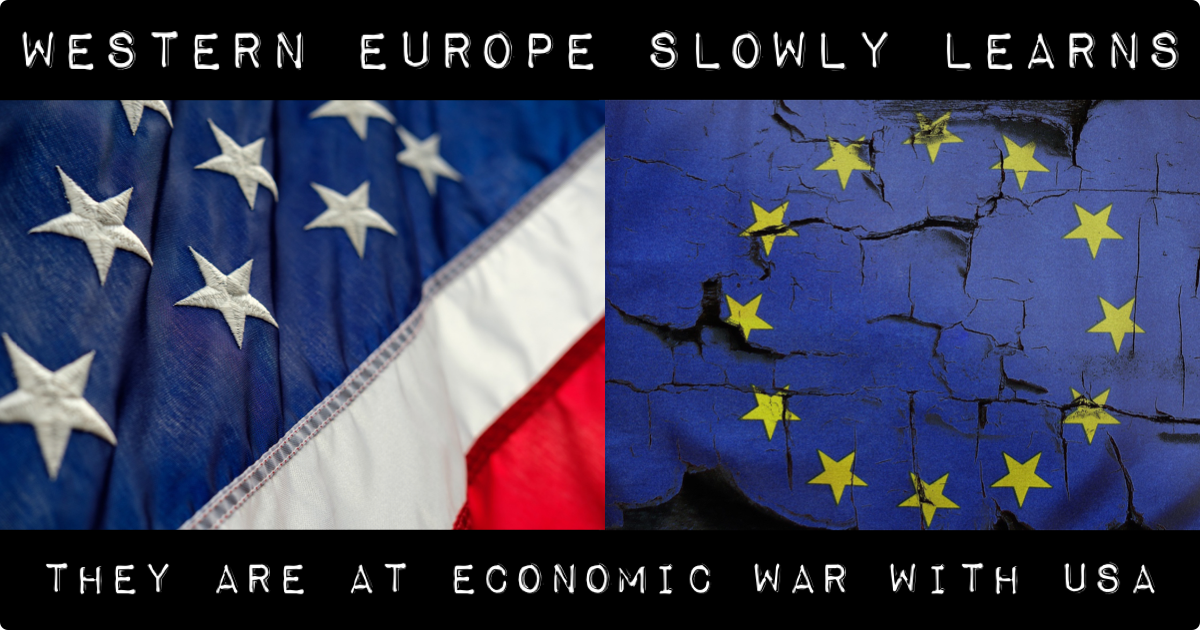