The Netherlands is a small European country about 5 times smaller than New Zealand.

Despite its size it is a major farming nation.and is currently the second largest exporter of produce in the world.

Recently the Government has started messing with the farmers over Nitrogen production putting in place reduction targets. Too much nitrogen is being produced for the climate change targets apparently..

Thousands of farmers block the motorways and the border with Germany.

The below image speaks words. But we won hear about that here, should we give our farmers more encouragement.

Here’s an idea to get noticed outside parliament.

“Angry Dutch farmers brought their cows to parliament, threatening to slaughter them in protest of the government’s nitrogen reduction targets.”

One has to wonder why the globalists are attacking the food production all around the world?

Couldn’t have anything to do with this guy and his mates can it? 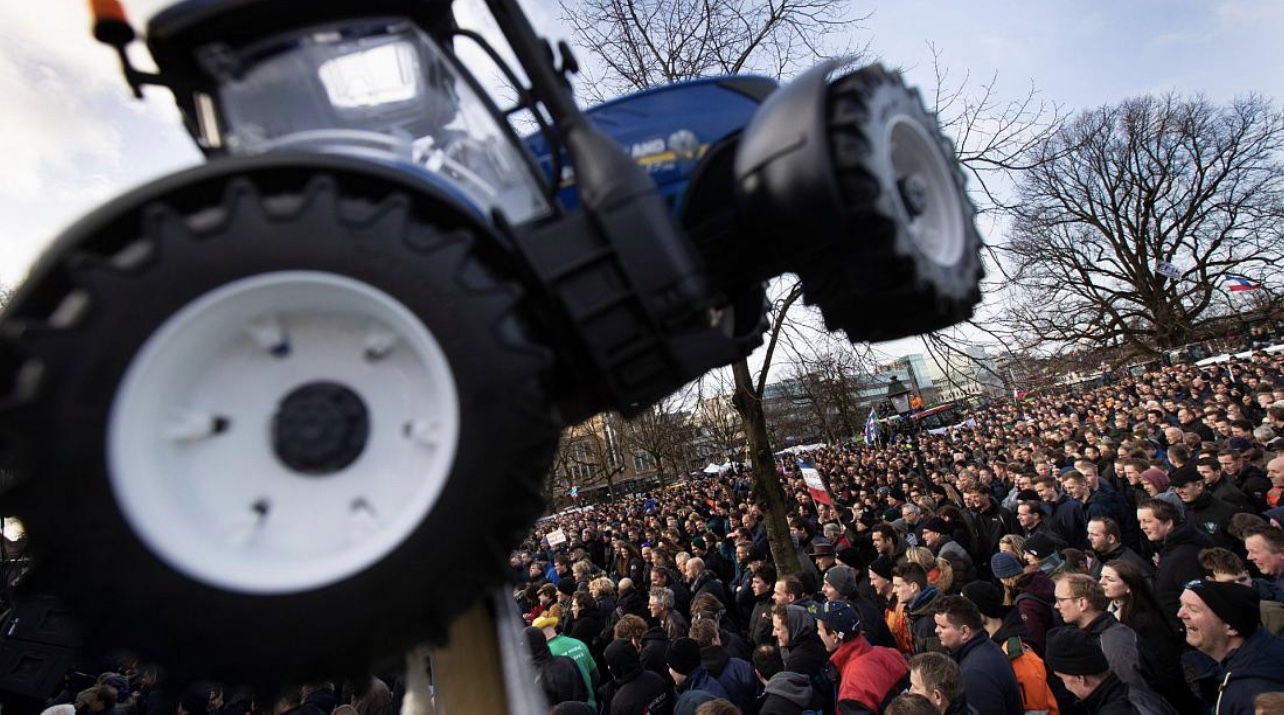 Police firing on protestors in Netherlands!
Police have now fired upon farmers in tractors in the #Netherlands:

An official investigation is underway after Dutch police fired live shots at anti-green agenda protesters in the Netherlands.
____

… Farmers are protesting new policies which “will lead to at least 30% of Dutch farms being put out of business as they’re forced to cut the number of livestock by the same figure.”

Anger has intensified after the government revealed the same nitrogen cuts, being proposed in the name of fighting climate change, won’t be applied to the airline industry.