This guy will soon rule over 194 nations including NZ on Lockdowns, Vaccinations, No Jab no Job etc.

This is just reason 10,455 as to why we need to stop with the unelected global one world Government that is the U.N. and its subsidiaries like the IPCC and in this case the WHO.

I’m sure we can have working and meaningful relationships with other nations without signing up to whatever the U.N. and its affiliates tell us what to do.

If we have learned anything in the past few years, it is that these global organisations can not be trusted. Now, rather than holding people like Tedros Adhanom Ghebreyesus to account, we give him the power over what we must do should the same organisation say there is a medical emergency.

It is pure insanity and something that is only another step towards the demise of our sovereignty. No wonder Trump was popular with the anti globalist people, and swiftly removed at all costs by those in the deep state loyal to the globalists crusade.

Those that laugh at the comments from our billionaire influencers such as Klaus Schwab when we talk about statements such as, “you will own nothing and be happy,” idly stand by as your Governments one after the other pander to the unelected elite globalist desires.

All on the back of propagandised science and misleading crises. You can no longer claim these are conspiracy theories as they are all out in the open now. the propaganda has worked on enough people that the elites now feel they are on the home straight of implementing their agenda.

It is time to defund the U.N. stop this one world government insanity and look after our selves and our land as best we can without the meddling U.N. malthusian megelomanics telling us what we need to do..

Below is a link to the kissing-Cousin and Maori separatist Nanaia Mahuta, happily signing NZ up for loss of sovereignty even though she is claiming her ancestors never did this ceding of sovereignty to the crown in 1840.

On the 22nd of May the WHO is pushing for the Pandemic Treaty to be put in place.

If this goes ahead by 2/3rds of the member nations agreeing to this proposal, it will see a person, unelected by the people of those effected nations, have total control over our responses to whatever pandemic the organisation itself creates.

And there has been times in the past where the WHO has, with pressure from pharmaceutical companies, created pandemics and rushed out untested vaccines. The first such event was in 2009 and we all know what happened in the past few years.

So now let’s take a deep dive on the history of the current head of the WHO, director-general Dr.Tedros Adhanom Ghebreyesus.

He is a member of the Marxist-Leninist Ethiopian political party that have been identified as perpetrators of terrorism.

As a member of the violent and powerful communist Ethiopian political party known as the Tigrayan People’s Liberation Front (TPLF), Tedros rose through Ethiopia’s autocratic regime as health (2005-2012) and foreign minister (2012-2016). Analysts, reportedlyincluding American government officials, have listed the TPLF in the Global Terrorism Database.

When it came to power in 1991, TPLF was in the vanguard of that year’s overthrow of Ethiopia’s military regime under dictator Col. Mengistu Haile Mariam. TPLF played a role in Ethiopia’s 1980s famine a few years after launching its protracted rebellion against the military government in 1975. The party is also reportedly linked to other gross human rights violations.

While Tedros was foreign minister in Ethiopia he helped indebted Ethiopia billions of dollars to China.

An editorial published by the Hill in mid-March pointed out:

We note China’s connections to Tedros’s homeland of Ethiopia, now called East Africa’s ‘Little China’ because it has become China’s bridgehead to influence Africa and a key to China’s Belt and Road initiative there. Indeed, China has invested heavily in Ethiopia.

On January 14, months after health officials are believed to have detected the first case of the virus in China on November 17 of last year, the WHO was promoting a Chinese claim via Twitter that there was “no clear evidence of human-to-human transmission.” Meanwhile, the disease was spiraling out of control. The WHO tweet came a day before the first case to reach the United States reportedly flew from Wuhan to the state of Washington.

in October 2017 Tedros named Robert Mugabe a WHO goodwill ambassador.

It was ultimately rescinded due to the outrage from medical professionals and human rights groups.

What a guy, and we are handing over the decisions on how we respond to future viruses etc to this guy.

The reality is if we don’t do what the WHO says we must do then New Zealand can be sanctioned and forced into complying by having our economy ruined if we don’t adhere to the instructions.

What could go wrong

When are we going to put an end to the one world government movement. It may already be too late. But ask yourself, is this what you voted for, what you want?

do we want an unelected bunch of socialist politicians and powerful malthusian elites, hell bent on returning the world to the days of where there is only working class and wealthy politicians and business owners. where you own nothing and are happy because the combined state and big business will rent you everything you need to live you mediocre life.

Is this the future we want for our children, more hung up on what gender they are to realise every freedom they had has slowly been expunged.

May the silent majority find its voice and stay silent no more.

We do not consent. 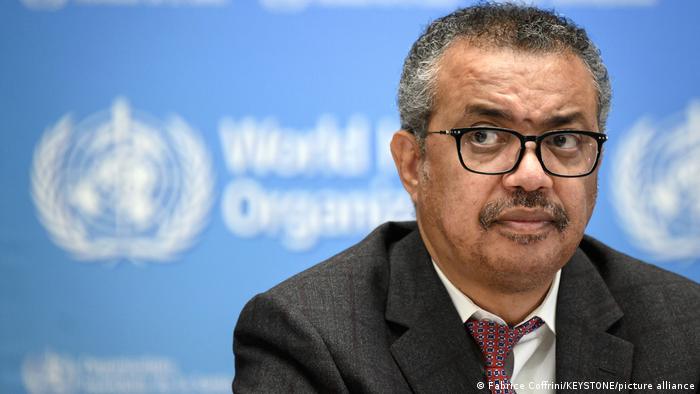