Todays headlines are Ardern gets to meet Biden

What a meeting of the minds that will be.

Perhaps Ardern can show Joe where New Zealand is on the map. Assuming she has a map with New Zealand on it.

I see the “climate emergency” is one of their main talking points and gun control. With 7 shootings in one night in Auckland recently Arden can talk with some authority on that matter.

In terms of climate emergencies I’d love to be a fly on the wall with that one.

No doubt Biden will ask if Ardern has any spare oil before Ardern proudly says she banned the stuff in 2017, before banning guns.

Biden will then have a sniff of her hair say 23 incoherent words and nod off.

The press here will announce how successful the meeting was with little to no commitments to anything more than America sees NZ as a friend. The US media will praise Ardern for taking away every ones guns and use it as a reason why they should remove all guns in the US. Because 7 shootings in one night is a goal.

But not only will she get to meet Biden, she will also have an opportunity to cackle with Harris over whatever the dumbest folk in politics can talk about. Maybe how you can wrap fish and chips with newspaper. 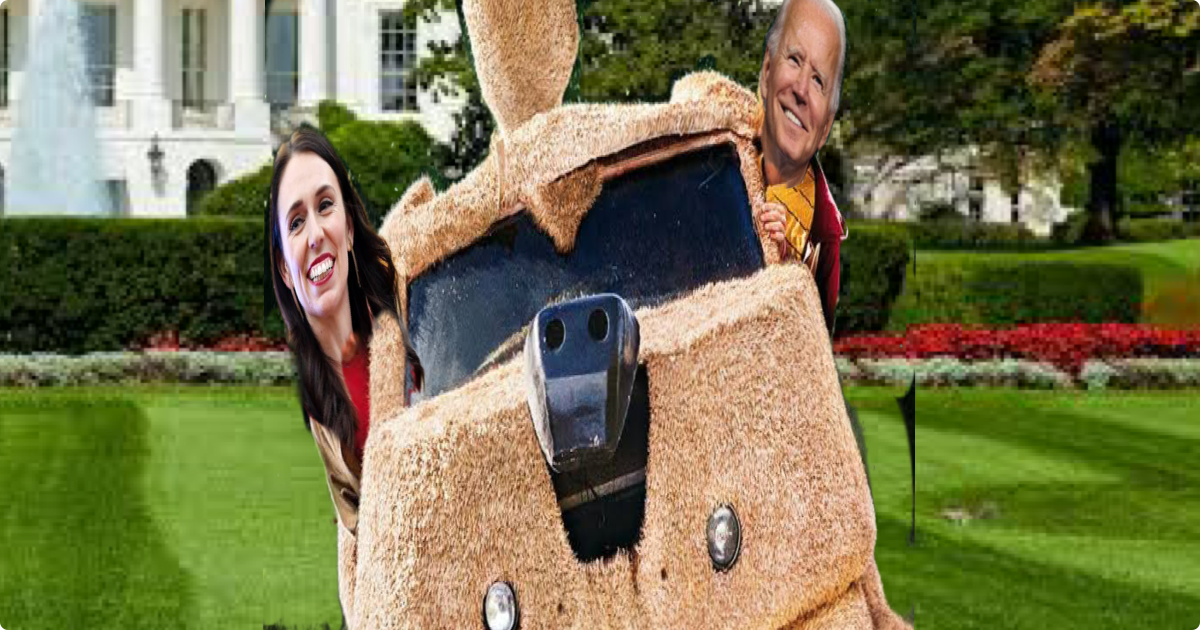