Ukraine refugees in Sweden told to not look so rape-able

Ukrainian women refugees are being warned to not dress to promiscuously to avoid being raped.

“Swedish officials are warning Ukrainian women living in refugee centers not to dress in a way that might provoke men from “other cultures” — code for Muslim migrants, who, in Sweden, are mostly of the Somali variety — who reside in the same refugee center.”

The real kicker with this new form of victim blaming, which is suddenly okay, is the following quote on how these lewd Ukrainian woman are dressing themselves…

“And how do these hapless Ukrainian refugees dress, to prompt such a warning? According to Gitana Bengtsson, who has been helping them, “they usually dressed like us, you and me.

Even so, and now that summer is near, the site manager has advised them not to wear shorts or skirts that reveal their body parts.

Oh so shorts in summer for a Ukrainian woman who has fled her country to the “safe” land of Sweden now has to cover herself or face being blamed for inciting her own rape.

No wonder they aren’t being aloud into NATO. And here I was blaming all the ABBA music. 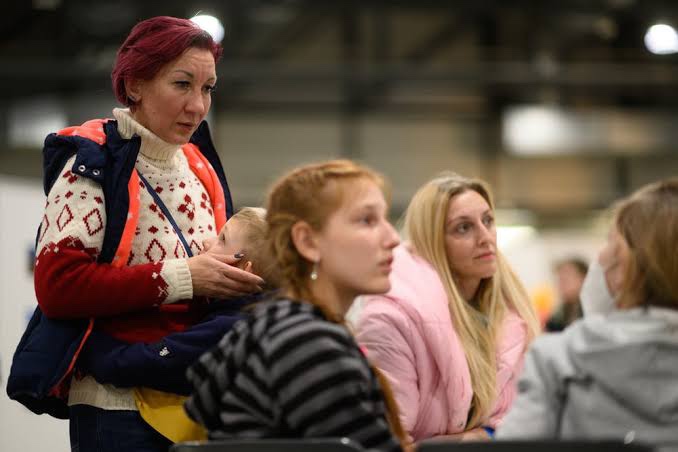 There have been reports for years after young muslims flooded into the nordic countries of increased gang rapes and this is being swept under the carpet. Typical lefty approach, dont deal with the cause, make our women less appealing so they won’t be raped. Putting equality back in the stone ages – its not the rapists fault, its yours for showing a bit of leg…..https://www.insider.com/women-in-nordic-countries-high-levels-of-rape-2019-4

When will the regular people of the world wake up.
My generation tried and tried to warn you. But NO! We are told we are racist. But just a comment Islam IS NOT A RACE.