Why a reset is now unavoidable

The Great Reset that more and more of the elite are part of is coming to a town near you, one way or an other.

The Great Experiment, which is the US republic and its sophisticated monetary products and systems, is in such a precarious financial position, that the budget of a gambling alcoholic meth freak would be more stable than the U.S. economic future.

The US has been living off debt for so long that you can only call the nation the worlds largest Ponzi Scheme. Let’s take a little look at the debt clock which is more akin to a ticking time nuclear bomb.

We are all familiar with Orange man bad, well below the orange is very bad the blue is good 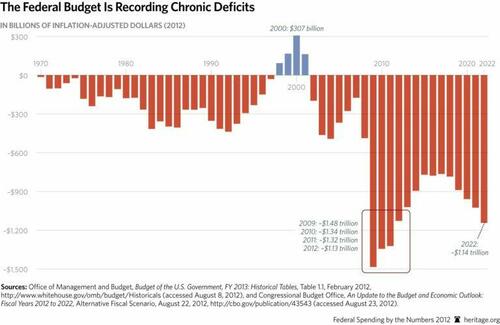 If living beyond your means comes to mind, which is okay if you can trade your way out of it, the level of debt in the US makes the mis-spending of Grant Robertson look like a solitary liberal tear in an ocean (of debt) But how much debt becomes too much

US debt now tops $90 trillion with unfunded liabilities clocking in at $169 trillion.

If you divide that out per capita, each American owes $778,000. However, not every citizen is a income producing entity. Babies aren’t throwing any coin into the kitty for example, so if we divide the debt by tax paying citizens we end up at over $2,000,000 per citizen.

You don’t need to be an economist to work out that the deficit train is out of control Without any sign of blue times, as per the graph above, you are running into a point where creditors will be keen to pull the rug. China are likely dumping their policy of everyone jumping at once to throw the world of its axis, with “everyone pull the rug hard!”

So where to from here? Do we hand over to the WEF and their transhumanism fourth industrial revolution where we will own nothing and be happy. (it helps if you say the last few words with a German accent) or do we soldier on like Joe Biden trying to read a teleprompter while figuring out what he is even doing there?

The US Government can push for hyper inflation to magically reduce debt to amounts that can be paid off with a few $100,000,000,000,000 notes however, Governments are too keen on this idea as what many sitting governments are going to learn in their respective election cycle is, voters are as keen on hyper inflation as they are on having Biden babysit their 9 year old daughter.

So that leaves a debt reset. This is where the WEF comes in…

“Those in power know that a hyperinflation would likely see them being replaced. History shows us this is true. No, rather they will try to self detonate the system, have an enemy to blame it on (Covid, Russia, etc.) and retain control… or dare I say gain even more control. This is what the entire WEF plan is all about. Right now they’re still using the mask of democracy, but as we’ve seen in the last two years this is merely a mask. Leaders all over the world have been bought and pressured or murdered (Magafuli) when not complying. The corruption is now increasingly brazen and blatant. The energy put into masking it grows weaker each day while the excesses and theft grow more egregious. Surprised? You shouldn’t be. This is the fourth turning. Lucky us, heh?

Something else to consider is that while the Biden administration is sending tens of billions of dollars to thugs in what is arguably THE most corrupt Eastern European country (ostensibly to fight a bad man), they can’t actually afford it. The US military may well be the largest in the world, but as is the case with all militaries it requires funding. Cut off the funding, and no army can or will fight. This is true even if gender confused soyboys in San Francisco champion “taking it to Putin” while placing Ukrainian flags in their bios… right next to their pronouns.

And that means that the acceleration of the collapse of the US government and indeed the European Union (who are just as broke) is being accelerated.”

Has anyone else noticed how corruption seems to be okay now days. Illegal lockdowns greeted  with shrugged shoulders in the legal system. Rushed through laws that have nothing to do with any emergency? The single source of truth?

The lock step response to COVID, the Ukraine War, Climate Change Crises are all the workings of a firmly set globalist Cabal. It has been planned for longer than many have been alive. We may be called conspiracy theorists for pointing out what is more obvious than an in season female baboons rear end, and that’s just New Zealand. It gets worse in our larger allies countries. But it doesn’t  the media ignoring, obfuscating, gaslighting and propagandising the masses into the desired complicity. we are left with fringe media who the state and MSM do their best to vilify. Misinformation departments are popping up (and ironically closing down) faster than Ardern can say, “I totally reject that”

Earlier I wrote an article on the response to Ardern’s Black Rock visit. There are many wealthy fund managers in the US. How many did Ardern visit exactly? Funny how the one with the WEF CEO was the only one on her schedule.

The list goes on and they all have $$trillions of funds under management, yes Black Rock narrowly holds the number one spot, but what’s a trillion dollars between friends?

Funny how many totalitarian Government takeovers occur after the civilians have been disarmed and can’t defend themselves, but that’s another conspiracy for when we haven’t had over 100 days of gun crime in the country that Ardern solved gun crime in – oh wait.

Perhaps the US 2nd amendment is why the reset hasn’t occurred already.

However, while we all get concerned over the large debt we have here in New Zealand,  it pales into comparison to others. We are still reliant on global lenders to keep the doors open and where exactly is the money going to come from when the wests financial collapse occurs?

It is the old guard of the global economy who are in dire straits and without this West Bloc as the financial pillar of strength, we are reduced to a third world farm overnight. Our only strength is the resources we have – food and energy – both of which the Labour Party are doing their best to reduce or annihilate. Oil and Gas ban anyone?

Energy is what saved us from slavery, greed is what is going to put us back.

While you may laugh at another conspiracy theorist and claim that there is nothing wrong with debt, we needed to lock down during the pandemic, we need to stop fossil fuels and we should have a one world government. Think about the fact that while you and your friends all get COVID en mass and you laugh about how mild it really is. Remember how that same virus stopped you leaving your house for weeks on end. How many where forced into bankruptcy that we never hear about. How easily you agreed to medical procedures that were as effective as a push up bra on a bullfrog, just so you could keep your jobs or go out for a beer, and how you were so determined that one life is worth more than any of the potential damage to the economy.

Funny how we never hear about the millions of people each day who are entering abject poverty while more billionaires were created than ever before.

The largest transfer of wealth occurred while you were hiding in your homes living in fear of a flu half of us have now had without issue.

While millions are thrown on the heap to perish from starvation and disease, the elite world fund managers and corporation bosses pocketed more wealth than an average man would spend in 100 lifetimes.

And that is the Great Reset in action. 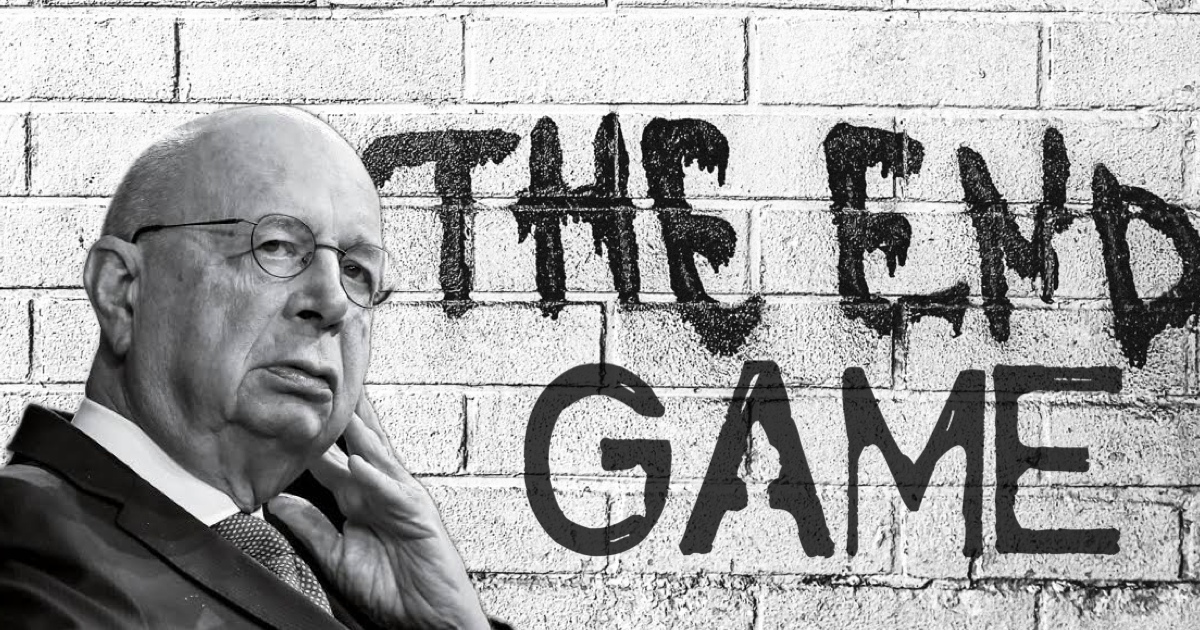 It’s a very true article, and it needs to be published widely and often at this time